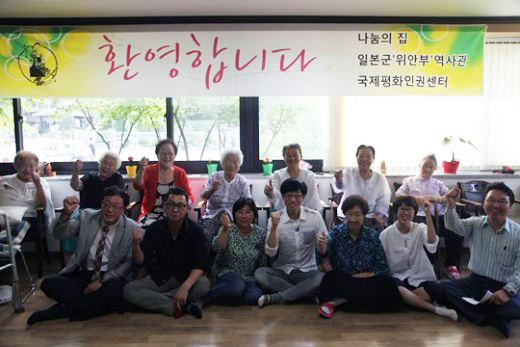 (House of Sharing)
Yoo Jae-suk, a member of variety show program “Infinite Challenge” and famous comedian, made a donation of 10 million won ($9,873) on Wednesday to the House of Sharing, the organization said on Thursday.

House of Sharing is a shelter where comfort women, victims of Japan’s sexual enslavement of Asian women during World War II, live together. 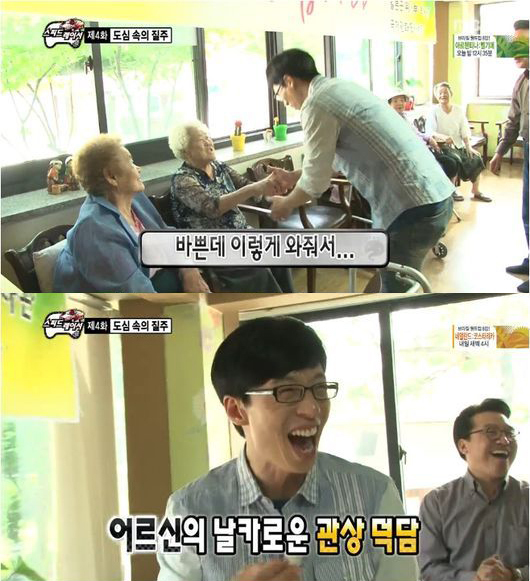 (MBC)
“Yoo Jae-suk promised to show continued interest in victims of Japan’s sexual enslavement and support the comfort women,” an official from House of Sharing said. “After Yoo visited House of Sharing, he gave us a check of 10 million won.”

The 42-year-old celebrity first visited the home to gain permission to promote the organization on the race car he had entered in the Korea Speed Festival. Normally, race cars promote brands and products in return of sponsorship.

Due to accidents and malfunctions, Yoo did not finish the race. His second visit to the home came shortly afterwards, where he showed his support of the comfort women as promised, even though he didn’t secure a top spot in the competition.