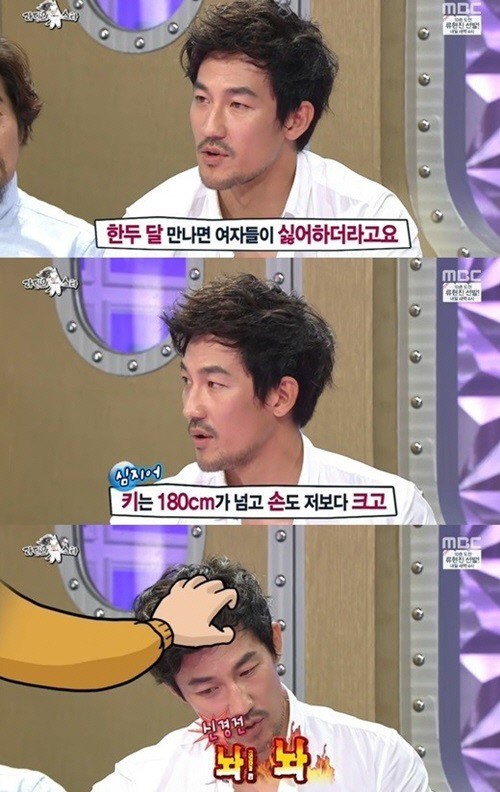 The 41-year-old actor was one of the four male guests along with singers Park Sang-min, San E and actor Lim Dae-ho, who participated in the “Macho Men” special that aired on Tuesday.

Han kicked off the men’s talk by saying, “My dates hated me after the first one to two months.”

Show host Kim Gu-ra then struck back, saying, “Someone told me that you used to be so into this girl that you two had a fight and dragged each other by the hair on a street in Apgujeong.”

Han admitted to the account. “Back then I had a girlfriend who was 180 centimeters tall. The day we fought, we ended up on the ground for about five minutes,” he said.

“After loving someone so much, I could not fall for any other woman,” he added.

The actor also described his ex-girlfriend as “a cute, tall woman with a round face, nicknamed ‘Bayaba.’”

Bayaba is the signature battle cry of a monkey-resembling superhero in “Bigfoot and Wildboy,” a Sid and Marty Krofft live action children’s television series on ABC in the 1970’s U.S. 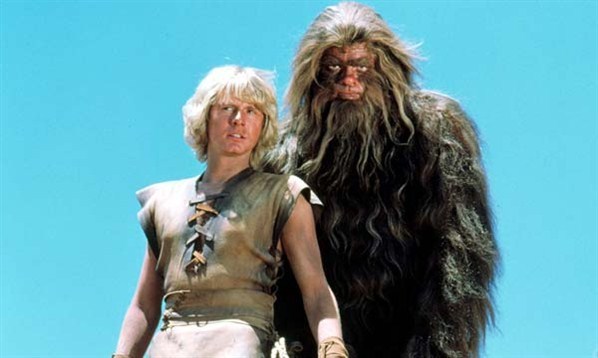 Bigfoot (right) and his human partner appear in "Bigfoot and Wildboy." (MBC)

The actor also described himself as a conservative man.

To see the youtube video clip of Bigfoot in “Bigfoot and Wildboy”: http://www.youtube.com/watch?v=PZK6M5Xpa-s