Kim allegedly received several warnings from the Korea National University of Education for poor class preparation during his tenure there, said Rep. Park Hong-keun of the New Politics Alliance for Democracy. He quoted audit results from the university and the Education Ministry. 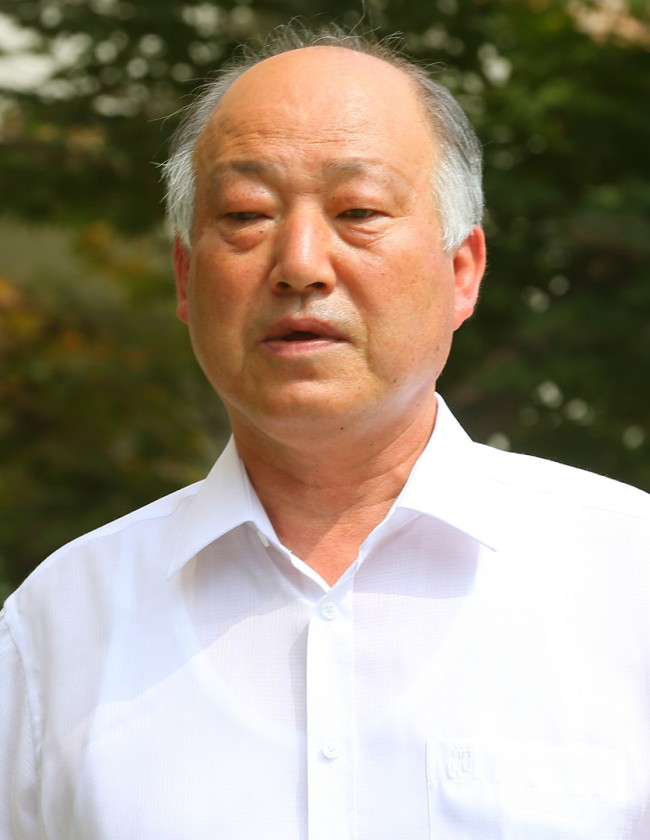 Education Minister nominee Kim Myung-soo. (Yonhap)
“He lacks the very basic qualities of an educator and he is not at all qualified to become the head of Korean education,” Park said.

With the National Assembly due to hold Kim’s hearing on Wednesday, the minister nominee is facing mounting pressure from opposition lawmakers who have vowed to make the hearing tough for him.

Aside from accusations of poor lesson planning, Kim is suspected of having received government funding in 2004 for research he had already conducted a year earlier. He is also suspected of illegally funding a politician, taking credit for his students’ research accomplishments and committing plagiarism in 11 academic papers he published under his name.

In addition, Rep. Yoon Kwan-seok of the NPAD raised suspicions over a large amount of money that was transferred to his wife’s bank account earlier this year. Kim has not yet provided an explanation about the source of the money.

“Kim is currently not responding to any allegations of misdeeds,” Yoon said in a radio interview. He said Kim is expected to address the issues at the hearing, but by doing so, opposition lawmakers will have limited time to figure out if his explanations make sense.

“We (the NPAD) strongly suspect that Kim is trying to pass the hearing without proper explanations by giving us no time to examine his responses,” he said. “The official position of the opposition lawmakers is that he is not qualified and should step down (from the nomination).”

But experts say that is highly unlikely at this point.

“Judging by the recent trend, if Cheong Wa Dae had set the course to ‘give up’ on Kim, he would have dropped the nomination by now,” said Choi Young-jin, a professor of political science and international relations at Chung-Ang University.

President Park Geun-hye can push ahead with her pick, as appointing ministers is ultimately the president’s decision. Choi explained that Kim’s case is different from Park’s recently failed attempt to make Moon Chang-keuk prime minister, which needs approval from the parliament.

Park, however, will find it difficult to ignore the public backlash, which means incumbent Education Minister Seo Nam-soo may end up keeping his post. While it is customary for outgoing ministers not to make strong political moves, the Education Ministry has called for stern action against the Korean Teachers and Education Workers’ Union.

Officials within the ministry denied such rumors and said that Seo being able to serve as Education Ministry is “merely one of many possible outcomes.”