Chances are you have heard Kelly Frances’ voice at one point or another ― whether listening to the radio, pulling money from an ATM or playing a video game. Her roles as a voice actress are wide and varied.

Regardless of what she is voicing, Frances said being a voice actor and working in media had given her opportunities that she would have never expected. And her job has allowed her to explore her curiosities. It has also given her a chance to be entertaining, something she says she cannot do just by being herself. 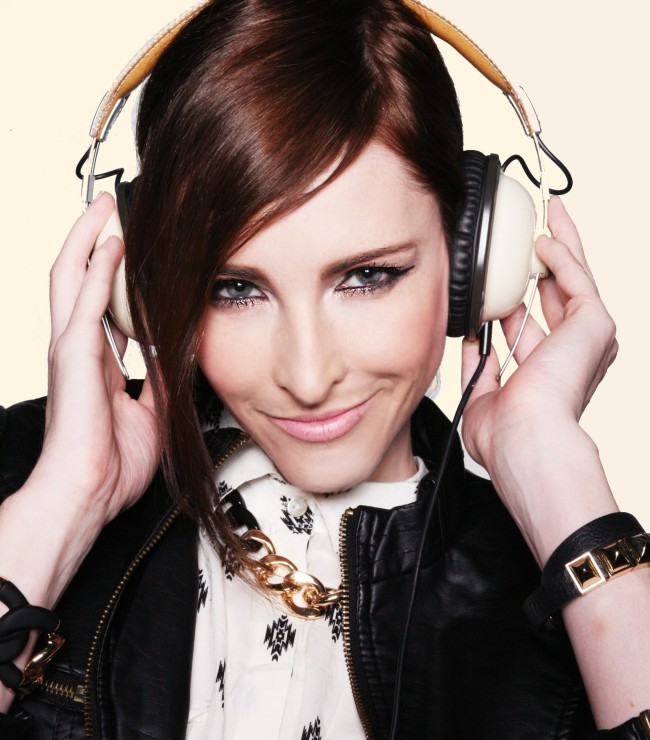 Voice actress Kelly Frances. (Teo Kim)
Frances has been in Korea off and on for around nine years, or maybe longer by her own admission. She first came in 2000 to teach English in Daegu after working in Japan as a model did not pan out.

But with the Korean economy not doing so well, about 10 months later she found herself back in Canada after the school she taught at went bankrupt. She left and came back to Korea a few more times, finished graduate school, taught English and volunteered in Thailand before finally settling in Korea once again, this time in media as a consultant and liaison.

She said it was a sudden decision to go into voice acting, though people had told her she had a professional and uniform voice.

Getting work did not come quickly or easily. Frances said she left her first audition Korea in tears after failing miserably. However, she was determined. So she went home, turned on the TV and “The Simpsons” came on. While watching, she started to practice until she could successfully make one voice.

Since then, she has voiced video game characters, commercials, ARS, been on radio and TV, and provided voices for SK’s educational robot Atti. She has also started her own media company, called Mediaspyre, in Korea that does casting and develops content for various applications. She took part in the music video “Stay” for indie K-pop artist Savina and the Drones, a project that she says is close to her heart. She also provided the voice for a character in a live action indie feature film, called “Dear Emily,” when the main actress had to leave Korea before the film was complete. She said it was a unique experience that not many voice actors may have.

“I was just blown away by the privilege,” she said, commenting that she was able to record in KOFIC, which is the largest sound recording studio in Asia. “This was really, really incredible. Because it’s so abnormal, but it’s my voice and it feels so weird. Because it’s my voice coming out of this other girl.”

One of her current projects is a program on EBS Radio called “Saturday Story Time with Kelly” that involves the retelling of stories with voices provided by herself and others. She said she hopes to eventually provide original content for the show. However, she says her ability to be versatile and play different roles in media that has helped her to survive in the industry.

But through it all, Frances said she is constantly working to improve herself. She took acting and voice lessons, attends workshops on casting, and her biggest goal at the moment is to improve her Korean so that she can make the crossover to Korean TV. But it is the drive to always improve her craft that she says makes her realize that what she does is more than just a job.

“I went from feeling like I have to pay the bills to feeling very much like, I have to get educated. ... I have to be as good as I can be. ... That was the day that I realized I understood why artists felt the way they did,” she said. “And I felt like, in a way, that was when I became an artist.”

But more than just loving her job, Frances said there was no greater joy than seeing the look on a person’s face when she has brought their character to life or fulfilled their expectations.

“One of the greatest joys for my job has been when someone who has drawn a character, who’s ... put their heart and soul into the character, they come to me with this very scared, nervous sort of expression on their face, saying, ‘This is my baby,’” she said. “Watching them feel like I’ve gotten it just right, giving that character a voice and seeing them happy, gives me, makes my job so very fulfilling. That’s one of my personal joys.”