Still shots of actor Cha Seung-won in women’s clothing and makeup were released on Thursday, revealing more of the extraordinary plot of his latest film “High Heel.”

These stills -- showing Cha in earrings and holding a clutch with a grim face -- show the character’s emotional turmoil over his sexual identity.

Such a feminine depiction of Cha, who has built up a masculine, macho image by starring in numerous rom-coms and action movies, is new. 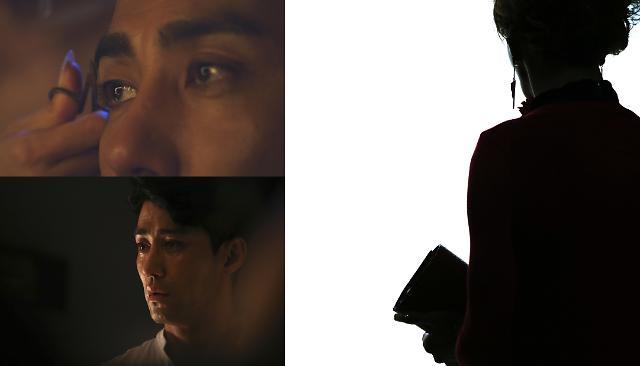 Actor Cha Seung-won becomes a police sergeant with a gender crisis in film “High Heel” (2014). (Lotte Entertainment)
“High Heel” is a noir film about police sergeant Ji Wook, whose manly appearance belies his secret desire to be a woman.

“I believe that everyone has both masculinity and femininity within himself or herself… I did my best to understand this kind of (human) nature,” Cha was quoted as saying. His character, Ji Wook, has two extremely polarized identities, Cha said, pointing out his elaboration in acting out the subtle emotional conflict of the character.

Jang Jin, the director of “High Heel,” said he needed an extraordinarily masculine and charismatic actor for Ji Wook, who can give the most dramatic contrast to his anima (innate femininity within men).”

The movie is to be released in theaters on June 4.