[ The Korea Herald – Send E-mail ]
Korean webtoons going global
Diverse genres, communication with authors, dramatic plots keep readers hooked
By Korea Herald
Published : May 25, 2014 - 21:12
Updated : May 26, 2014 - 15:30
A few months ago, Korea Hydro & Nuclear Power popped out of nowhere as one of the most frequently searched keywords online. Its website crashed for hours because of excessive clicks. What caused the sudden attention? Did the company do something eye-catching or upset the public?

Not at all. The shutdown was traced to someone who had nothing to do with renewable power sources. The culprit was webtoon artist Cho Suk.

In episode 791 of his slapstick webtoon “Maeumeui Sori (Voice Within),” Cho mentions how he lied to his mother about his job as a webtoon artist. He tells her that he is currently employed at KHNP, a company she is unlikely to ever hear about. In the next scene, the two awkwardly watch a TV report that announces that “Cho Suk has been named the new CEO of KHNP.”

Throughout the day, thousands of curious readers flocked to the Web to see if the CEO was really Cho Suk.

“Haha, the name of the KHNP CEO really is Cho Suk! Who but me went out to check?” read the top comment just underneath the episode. The comment received over 45,000 likes.

That a simple mention in a webtoon could create such a buzz should not come as a surprise. Cho’s smash-hit “Maeumeui Sori,” running on Naver since 2006, boasts 2 billion cumulative hits and a new episode normally racks up over 1 million views each week.

And not only Cho’s work but webtoons in general are widely loved in South Korea today. Although they have been around for just over a decade, webtoons ― free digital cartoons regularly released, mostly through portal sites ― have taken root as one of the most popular forms of entertainment for people of both genders and all ages here.

Naver, a popular local portal site, currently publishes 128 weekly webtoons. Its rival Daum began its webtoon service in 2003 and features over 85 official webtoons. Every day over 6.2 million users visit Naver Webtoons on their PCs. This is roughly half the number of daily visitors to Naver who use PCs. Add readers using mobile devices and other platforms, and the figure rises considerably.

“Cheese in the Trap” by Sunkki (Naver Webtoons)
“With the rise of the Internet age, people’s lifestyles and consumer patterns have changed … In this new environment, webtoons are able to flourish,” said Park Seok-hwan, a professor at the department of cartoon and comics creation at Korea College of Media Arts.

Then how exactly did webtoons manage to become one of South Korea’s signature forms of entertainment?

One major reason for the high popularity of webtoons is their easy accessibility. Anybody with Internet access and a minute to spare can read webtoons anywhere and anytime.

And Korea is one of the most wired countries in the world. According to a 2012 report by Strategy Analytics, 67.6 percent of mobile consumers in South Korea had smartphones. This is the highest rate in the world, and far exceeds the global average of 14.8 percent. 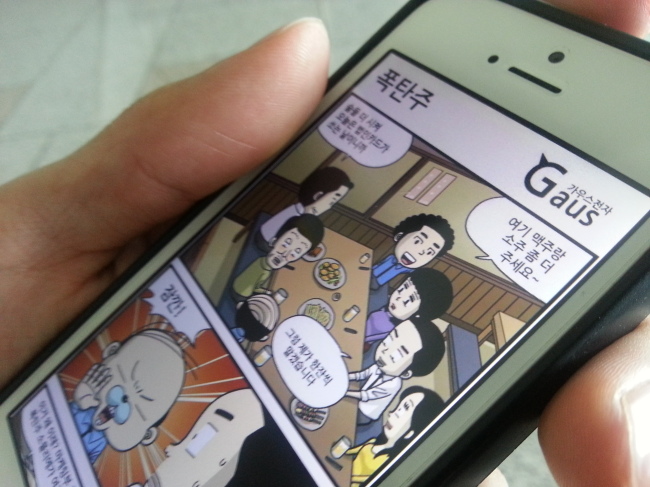 Smartphones are a popular platform for webtoons. (Sohn Ji-young/The Korea Herald)
“With a smartphone, I can view webtoons anywhere and anytime, be it on the road, during lunch or after a long meeting. All I need to do is click the screen and scroll down. How much more convenient could it get?” said Choi Yon-sue, a part-time office worker.

“I read webtoons whenever I want to. I can read them at 11 p.m., when Naver uploads webtoons, or while I am on the subway. Since it takes just a couple of seconds to read an episode, sometimes I read webtoons during breaks at work,” says Wi Min-bok, another office worker.

That webtoons have been free so far is also a definite merit. Portal sites have no plans yet to charge readers.

“My favorite webtoon is ‘Gaus Electronics,’ a comic about the work culture at Korean companies. As a student looking to start his corporate career soon, I have learned many things about office politics from every episode,” said webtoon reader Choi Yon-sue.

Wi’s favorite webtoon is “Denma the Quanx” by Yang Young-soon, an intricate tale of space adventures, conspiracies, power, greed and romance set in a futuristic society. “I love how the stories of each character are masterfully weaved into a single plotline,” Wi said.

Naver uses a methodical system to ensure the diversity of genres.

“We keep a ‘line-up matrix’ of current webtoons to find out which genres in which group and in which gender are underserved and accordingly select webtoons that can fill that void,” said Cha Jung-yoon, a PR officer at Naver.

Though portals provide a vast pool of webtoons to choose from, just a few of them please an individual reader.

However, once hooked to a particular one, it is difficult to stay away from it.

Experts say webtoon artists are meticulous in developing stories in order to keep readers waiting for the next episode.

“Story-based long-running webtoons are carefully structured like dramas in ways that keep readers begging to know what will happen next. On the other hand, episode-based shorter webtoons revolve around an appealing central character. Either way, readers are compelled to look for the next episode,” said professor Park.

Webtoons keep readers tuned-in due to their regularity. Different webtoons are published periodically every day, and many readers await them. However, some webtoons are uploaded late or not updated at all for a week. Local news outlets even publish articles on why a star webtoonist is on hiatus or why a particular webtoon has yet to be uploaded.

A prominent characteristic of webtoons is the extensive communication between the artist and the readers.

Underneath each episode is a section for readers to post comments. The “most-liked” comments ― often witty and relevant to the episode ― rise to the top, enabling webtoonists to see responses and share their opinions.

“Ever since mobile webtoon applications came around, the number of readers writing comments has increased,” said Shin Eui-cheol, creator of popular webtoon series “School Holic,” “Tomorrow Is Webtoon” and “Sidekick.” 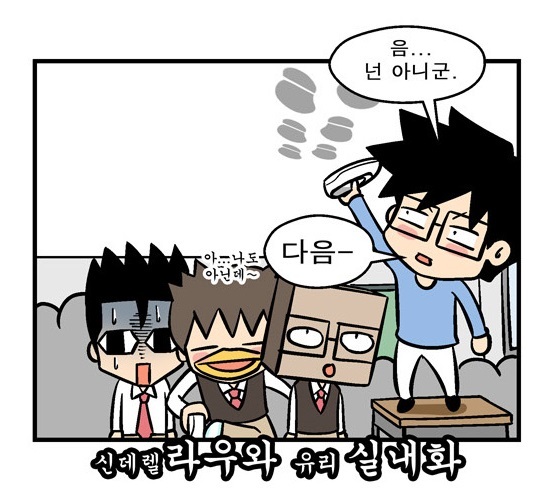 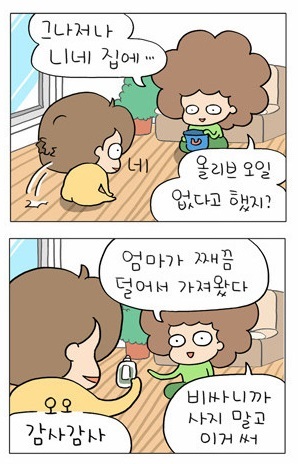 “Story of Narm’s Life” by Suh Na-rae (Naver Webtoons)
Readers can rate each episode on a scale of one to five stars. The ratings and the number of clicks on an episode provide measurable and immediate feedback to both webtoonists and portal platforms. These measures serve as barometers for potential adaptation into movies or TV series.


The globalization of webtoons

Thanks to high-speed Internet and new gadgets, even people outside Korea have taken an interest in Korean webtoons.

Korean webtoons began to spread internationally through online communities of foreigners who studied Korean culture and language. They first used webtoons as a means of learning Korean, but now enjoy them. Some even have uploaded translated versions illegally.

“We have been actively preparing for the globalization of webtoons since last year. In the next decade, webtoons will become the new center of hallyu if we work hard,” Han Sung-suk, head director of the service department at Naver, said at the “2014 ICT Public-Private Strategic Seminar” in March.

Naver seeks to launch a global webtoon page in English and Chinese on its mobile instant messaging application Line by the end of this year.

The portal site has drawn up targets for the next decade. It will raise the awareness of Korean webtoonists abroad by 2015, expand foreign readership by 2016 or 2017, develop webtoons into a facet of mainstream pop culture by 2018 or 2020, and make webtoons compatible with other mediums by 2024.

“Just as Japan claims that manga is a Japanese product, Korea can claim that webtoons are uniquely Korean in light of both content and media system,” said professor Park. “The export of Korean webtoons and also their successful platform system developed in Korea may be a significant task for the country.”