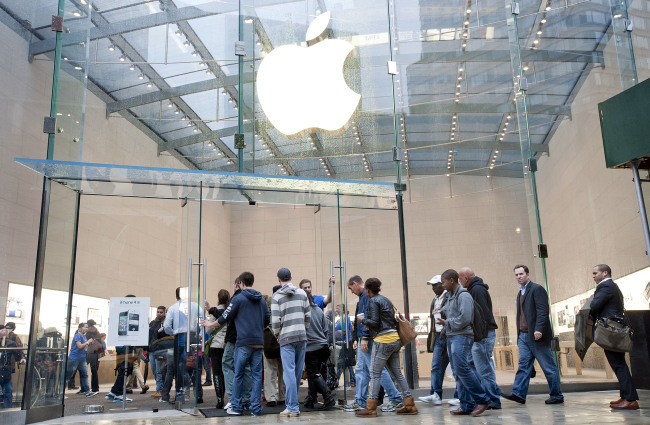 “However, it is not certain whether Apple will use it for the mass production of its long-rumored iTV as it is still running tests,” he added.

Speculation has been mounting that Apple‘s iTVs will be rolled out this year following numerous delays. However, multiple sources say that the plan has once again been deferred to 2015.

“Around 2 million Apple‘s iTVs with 65- and 77-inch liquid crystal displays were expected to hit the market in the second half of this year. However, Apple employees visited this local company in October 2013 to delay the plans to next year,” said a source close to the matter on Saturday. “Following the visit, the display maker’s stock prices plunged.”

The delay is reportedly due to Apple’s attempt to shift LCD panels to OLED apart from the shortage of content supply.

If Apple chooses OLED panels for its TV, this local manufacturer will become the first vendor, the sources said. Other display makers such as Japan Display and Sharp ― which are also reportedly suppliers of Apple’s iPhone 6 -― are not yet capable to mass-produce OLED panels for television sets.

“Though the yield rate of OLED panels is still not high for mass production, they are considered to be the best panels for TVs because of its high definition and the potential of curvedness,” said John Seo, an analyst at Shinhan Investment.

Apple has been eyeing its television business as a new profit source. Apple TV reportedly generated $1 billion last year and it has high potential to grow further thanks to iTunes’ abundant music, movie and television content.

Addressing the labels slapped on Apple TV as being a “hobby” for the Cupertino-based iPhone maker, Apple’s chief executive Tim Cook said during the company’s shareholders’ meeting last month, “That hobby was over $1 billion of revenue last year. It’s a little hard to call it a hobby anymore.”

The company is also in talks with the U.S. cable giant Comcast about offering a streaming TV service, although the talks are reportedly still in an early stage.
By Shin Ji-hye (shinjh@heraldcorp.com)