About half of Asia’s listed companies are family-run businesses, according to an analysis performed by Credit Suisse last year.

And these companies were found to have been quite lucrative, as the family-owned corporations from 10 major Asian countries accounted for 32 percent of the total market value of the region.

Korea was included on the list, and out of the current market leaders, all but POSCO were founded in the early stages of industrialization and thrived in the hands of their heirs.

The LG, GS and LS groups, which originated with Lak Hui Chemical Industrial Corp., established in 1947, were found to be the most typical and exemplary family businesses in Korea.

Despite a split between the Koo family and the Huh family in 2004 after more than half a century of doing business together, the two sides did not engage in any real power struggles. In fact, the relationship between the groups and their heirs appears to be largely congenial.

This sense of harmony is embedded in their family-centered philosophies, and is also reflected in the groups’ equity structures and share allocations.

The share value of both their public and non-listed companies amount to as much as 4.39 trillion won ($4.07 billion), which roughly translates into 99.8 billion won a person on average. Twenty-two, or precisely half, of the family stakeholders are female.

Koo Bon-moo is currently the largest shareholder within the family with roughly 1.04 trillion won, followed by Koo Bon-joon with 740 billion won and Koo Bon-neung ― Koo Bon-moo’s younger brother ― close behind with 490 billion won (not counting his shares in Heesung Group).

Moreover, Koo Kwang-mo, the group chairman’s eldest son and department head at LG Electronics, has the largest stake among the younger generation with approximately 460 billion won.

During the 2013 accounting period, the family received a total of 83 billion won in dividends, with 29 of the 44 family shareholders allotted over 100 million won and 13 shareholders receiving over 1 billion won.

Fifty family members of GS Group, the nation’s eighth-largest conglomerate by assets, own 3.28 trillion won of the group’s shares, which works out to about 65.6 billion won per person.

The Huh family’s stakes are dispersed across a range of businesses. Apart from the holding company, which is managed by group chairman Huh Chang-soo and his four younger brothers, collateral companies such as Samyang Tongsang, COSMO Group and Seungsan are all intertwined.

Although all groups similarly operate as holding companies, the number of companies for which the family holds a stake far exceeded that of LG or LS.

Nineteen GS subsidiaries have family shareholders who control over a 30 percent stake, while one subsidiary is even fully owned by a Huh. Huh Yoon-hong, GS Engineering and Construction’s general manager and Huh Chang-soo’s only son, wholly owns a subsidiary that specializes in facility management and security.

Huh Chang-soo has the most shares within the family with 439 billion won, followed by GS Energy vice president Huh Yong-soo with 334 billion won and GS Neotek chairman Huh Jung-soo with 282 billion won.

The group also has three underage shareholders who possess around 20 to 50 billion won.

For the 2013 accounting period, the family claimed 64.3 billion won in dividends. While this is less than the previous year due to a slowed construction sector, 41 family members received over 100 million won, which was more than the LG or LS groups. 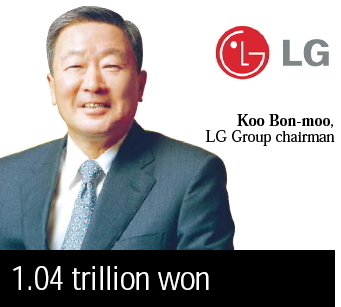 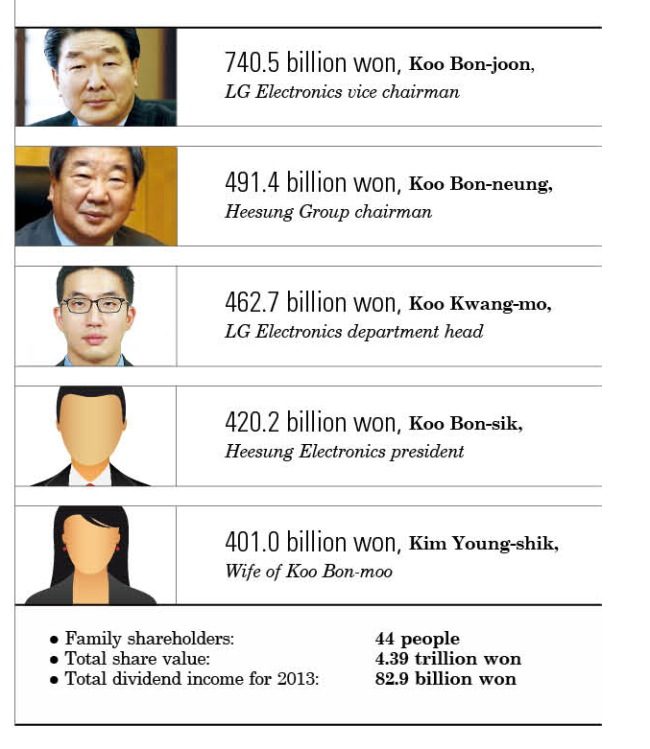 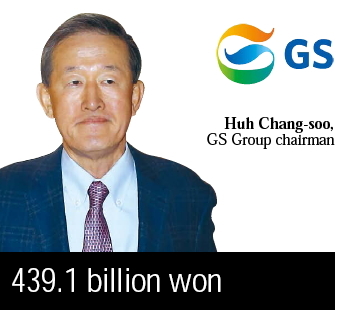 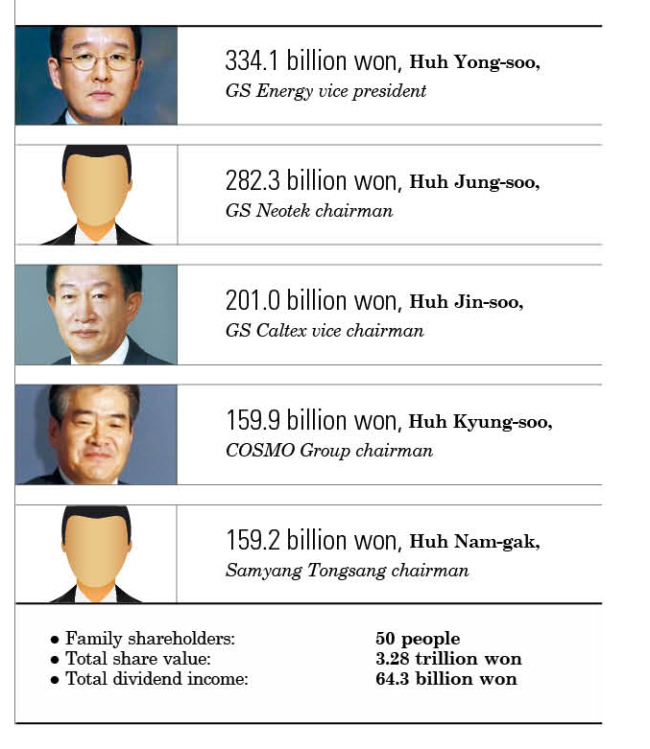 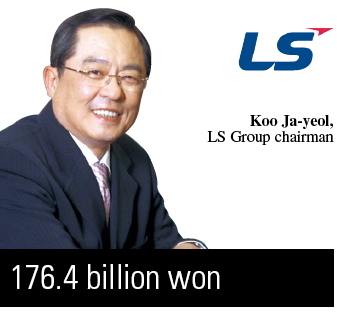 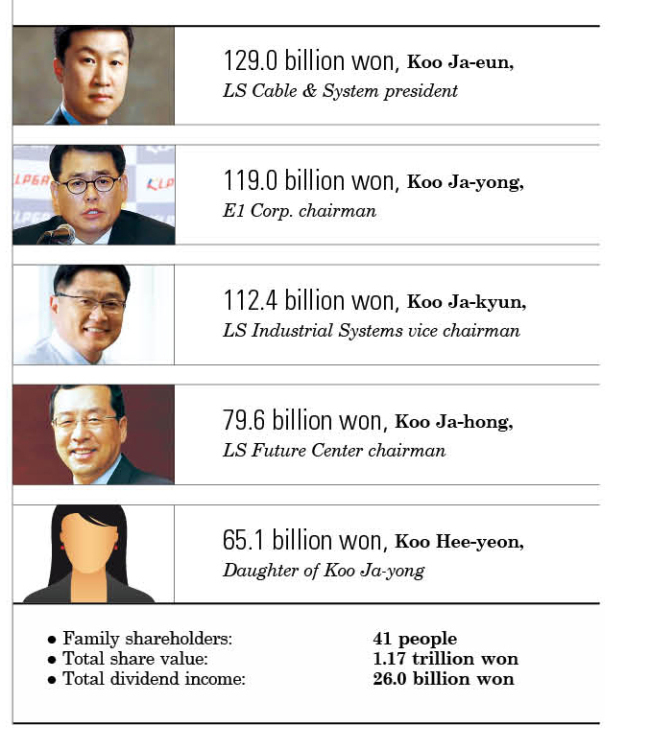 As for LS Group, the country’s 16th-largest conglomerate by assets, 41 family members including chairman Koo Ja-yeol retain roughly 1.17 trillion won, or an average stake of 28.6 billion won per person. Eighteen of them are women.

For this reason, there are currently up to 10 family members who hold the titles of chairman, vice chairman and president, which makes it seem rather convoluted and disorganized, but because the family business is so deeply rooted and enjoys great stability, its shares are distributed quite evenly between the family members.

For instance, some siblings share an identical number of shares and everyone in the family is granted some portion of the group’s stakes ― daughters and underage children alike.

The family took away 26 billion won in dividend income in 2013, of which 25 claimed over 100 million won and nine over 1 billion won.