To celebrate the opening, the DDP is holding five design and art exhibitions featuring works by high-profile modern designers, including the architect of the building, Zaha Hadid, as well as the prized collection of traditional Korean art of the Kansong Art Museum.

“The exhibitions explore the role of design today. It’s the most important discussion we need to begin as a core aspect of the DDP. The discussion on design will begin with presentations of design products, fashion and traditional art,” said Park Sang-cheol, director of the exhibition at DDP at the press opening on Thursday. The Dongdaemun Design Plaza and Park is an ambitious project of the Seoul Metropolitan Government to establish a design and cultural hub in the capital. The project began in 2007. 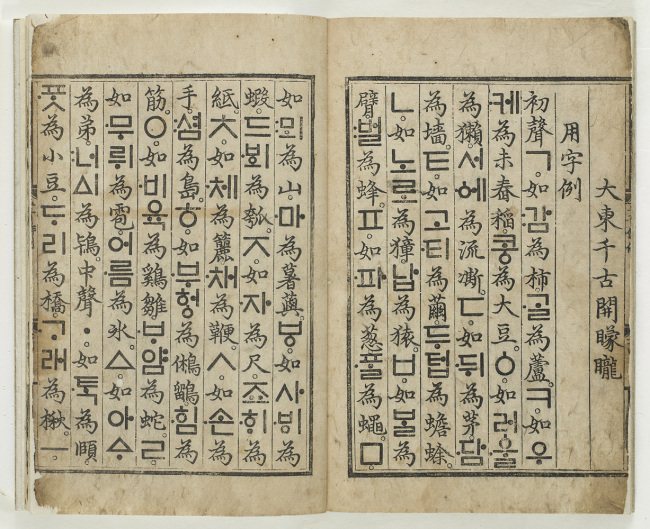 A total of 59 traditional Korean art works will be displayed until Sept. 28.

To commemorate the demolished Dongdaemun Baseball Stadium, Korea’s first sports stadium, built on the DDP site, an exhibition is being held on the influences of technology and design on sports and collaborative works between artists and athletes. 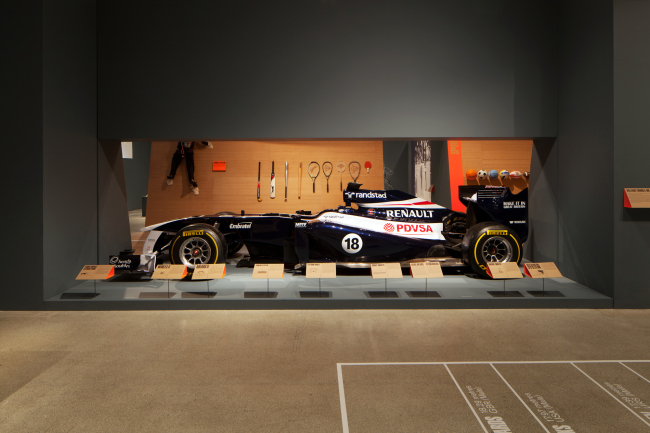 The FW14 manufactured by Williams F1. (DDP)
Co-organized with Design Museum, London, a section of the exhibition showcases sports equipments and uniforms made using advanced technologies and modern designs. Items on exhibit include the F1 racing car “FW14,” which was manufactured by Williams F1 and won the F1 Grand Prix 17 times before it was replaced in 1993; and Speedo swimsuits incorporating innovative fabric technologies that were eventually banned by the international swimming committee after swimmers wearing them broke 30 world records.

The design exhibits feature key design values advocated by prominent designers, such as Italian designer Enzo Mari and architect Zaha Hadid, and by the Ulm School of Design in Germany. Their signature design products offer insights into their innovative design philosophies.

Enzo Mari’s “pragmatic” and “ethical” design values are expressed in his 1974 “Sedia 1” chair, steel chairs and silk-screen posters featuring natural objects such as an apple and a rabbit. Furniture and design products by Zaha Hadid show the architect’s off-the-wall take on household objects such as lamps, dining tables, sofa and even shoes.

Works that represent the design philosophies of the German Ulm School of Design are also on view. Ulm School of Design, which was open from 1953 to 1958, is regarded as one of the most influential design schools along with Bauhaus. Its social, political and scientific approach to design is reflected in such products as the 1956 transparent compact audio device, the 1955 multi-purpose stool, the 1959 TC 100 stackable ceramic tableware and more.

Admission to the five exhibitions is free until the end of March, excluding the Kansong Art Museum special exhibition. Guided tours are available two to four times a day depending on the exhibition. For more information, visit www.ddp.or.kr.