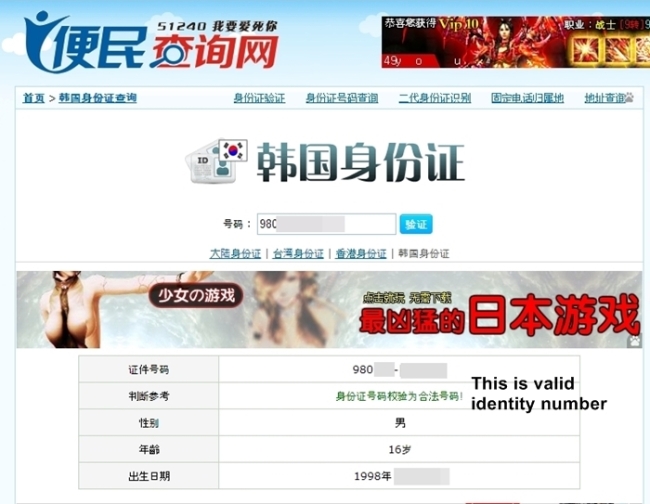 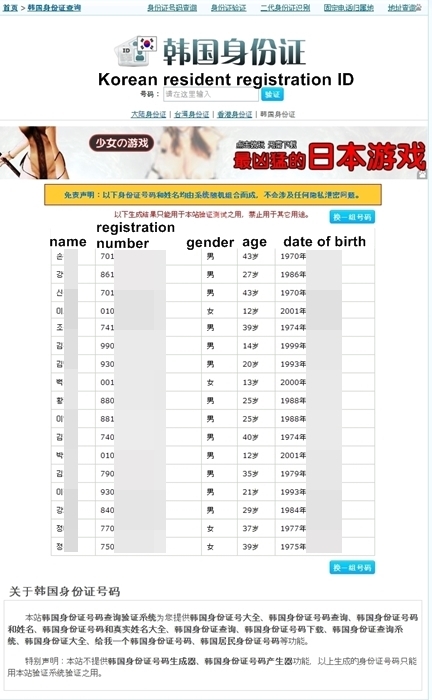 First page of 'South Korean identity search' page
A Chinese website showed that Koreans’ personal information has been sold through a Chinese website at 1 cent per identity.

A Facebook user came forward with a set of captured pictures of a Chinese website, saying, “Our information has been sold at 1 cent (6 won).”

The pictures showed lists of South Korean names and resident registration numbers being shared among Internet users and a section of a search engine that specifically handles South Koreans’ personal data.

The Facebook post was uploaded on March 13, gaining thousands of likes and more than 100 shares. Alarmed Internet users replied to the post, requesting the address of the Web search engine so that they could check whether their own personal data had been included in the database.

The service is available in a section of search site Bian Min Cha Xun Wang, which means easy search engine for the people.

However, the website indicated that it was made to check the validity of registration numbers and should not be used for other purposes. “Do not leak the secret,” the website added, perhaps referring to problems that may arise when the identity market becomes widely known. 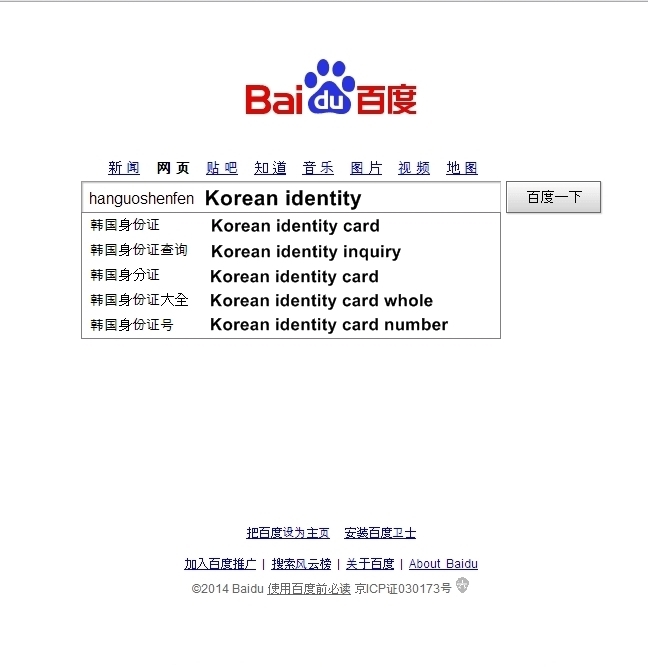 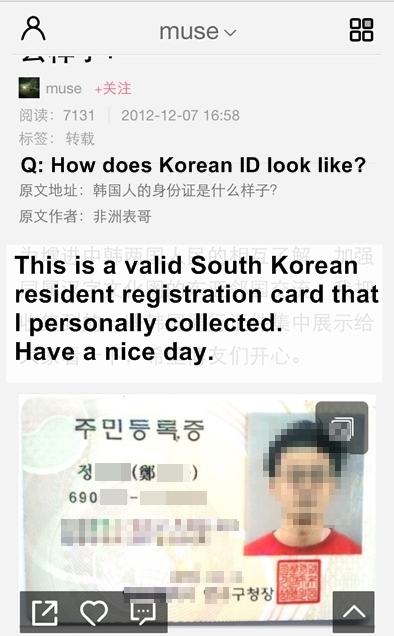 There have been mounting concerns over personal data leaks from major firms, as there is possibility that the leaked information could be and allegedly have been misused. On top of massive data leaks from KB Kookmin Card Co,. NH Nonghyup Card Co., Lotte Card Co. and KT Olleh, CJ Korea Express, one of South Korea’s largest parcel delivery service companies, was found to have failed to protect its customers’ personal information on March 17.

“The entire registry system has to change,” said one user.

Another bitterly suggested a silver lining:

“Our personal information was about $1 few years ago, but now they are 1 cent. So if even more information is out there, no one will leak it.”