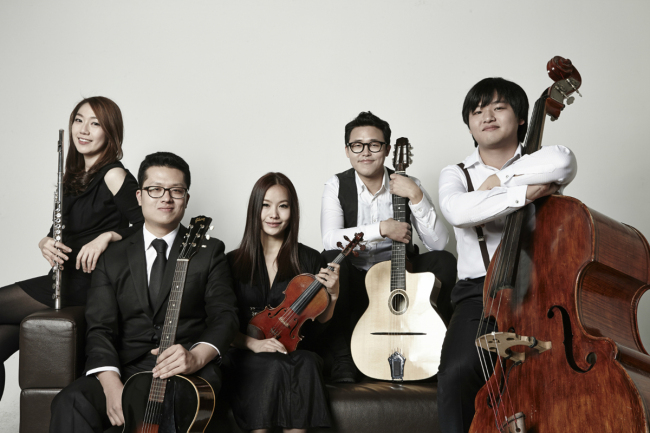 The upcoming concert is the fifth and last installment of Club Evans’ most recent jazz relay concert series, which has been featuring a different jazz act every month starting in October 2013.

The Club Evans relay concert series was jointly launched by Club Evans and Olympus Korea in 2010 to showcase the latest trends in the local jazz scene.

“The upcoming performance will deliver the exotic styles of gypsy-influenced music and make spectators’ hearts leap at the coming of spring,” said Olympus Korea in a statement.

“We will continue supporting young local artists and contribute to the development of performance culture in Korea across diverse genres of music ― classical, jazz, cross-over and traditional.”