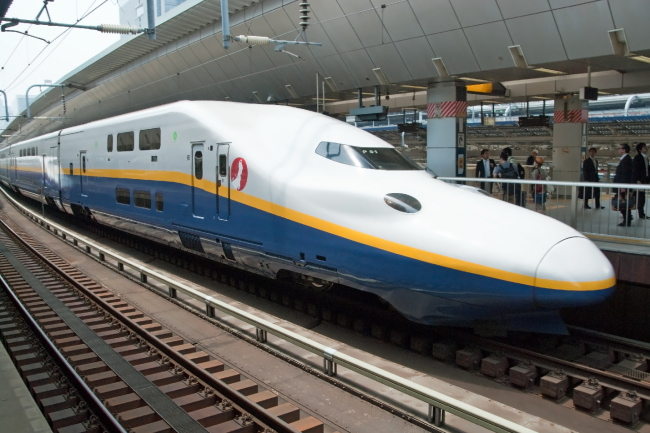 The train was successfully rocketing along at record speeds. But there was a hitch: When they exited a tunnel, they created a sonic boom because of air pressure differences.

Engineers modeled the front of the train after the beak of a kingfisher, which moves rapidly and smoothly between air and water, massively reducing noise pollution. 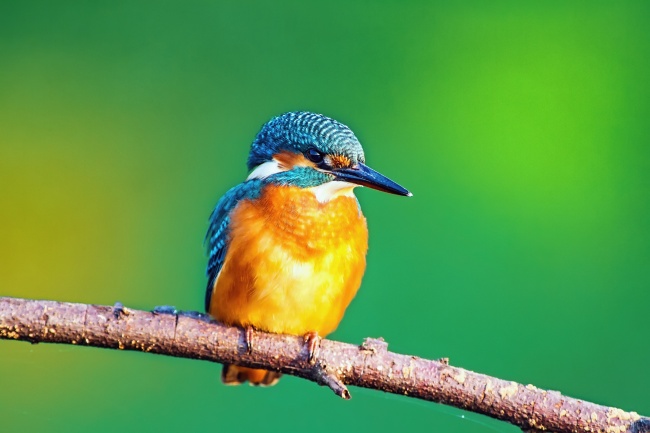 The beak of the kingfisher was mimicked to stop a noise problem with high-speed trains. (123rf)
This is the classic image of biomimicry ― engineers and designers looking to nature for solutions. But the process can aid scientific discovery, too.

When scientists at the Biophotonics Lab at Korea Advanced Institute of Science and Technology mimicked the abdomen of a firefly to improve LED efficiency, they also confirmed something about the animal.

When light shines through a lens, some of it is lost to reflection. That would be bad news for a firefly, which expends a lot of energy creating the light. To overcome this, it appeared to have evolved an antireflective cuticle on its abdomen, but its function was not well known.

The researchers copied nanoscale ridges on the cuticle to measure their effect on light transmission from an LED, and found it significantly improved efficiency.

Not only that, when they altered the dimensions of the ridges, they found that those found in the firefly were optimized for firefly light, effectively confirming the function of the cuticle.

So while the research helped develop a more efficient LED, it also helped further our understanding of the biology of fireflies.

Like this, biomimicry can lead to advances in science and our understanding of nature, as well as solve problems.

One example of this is at an even smaller scale than the firefly lens: enzymes.

Enzymes are proteins that speed up chemical reactions in nature, enabling it to carry out tasks that are very difficult or impossible for industry ― such as photosynthesis. But it isn’t always clear how they work.

Scientists such as professor Nam Won-woo, director of the Center for Biomimetic Systems at Ewha Womans University, are trying to mimic the enzymes to study how they speed up reactions.

The reason enzymes themselves can’t always be used is that they are huge strings of amino acids containing thousands of atoms. In the metalloenzymes Nam studies, these wrap up in a specific way around metal ions, which act as catalysts.

This all makes them very difficult to make, study and adjust, and to use: In the wrong conditions, enzymes can stop working, unravel or fry like an egg. So scientists like Nam try to make simplified copies of the small area around the metal ion.

“The enzyme works, but it’s difficult to study the detailed chemistry. That is one reason we use simplified systems,” said Nam. “And if we understand the chemistry then we can modify and make a better catalyst than nature does.”

If this ultimate goal is reached, the possibilities are huge, ranging from cleaning to more efficient ways to make drugs and fuel.

Nam pointed out that one big group of targets at the moment was enzymes that use light to turn water into hydrogen and oxygen.

“If we understand this chemistry, we can make dioxygen artificially from water, and in that reaction we gain a lot of energy and we can use that energy in fuel cells or other things,” he said.

Such research can help develop new techniques not directly related to biomimetics. Professor Lee Sang-joon, who leads the Biofluid and Biomimetic Research Center at Pohang University of Science and Technology, is working to mimic nature’s pumps. 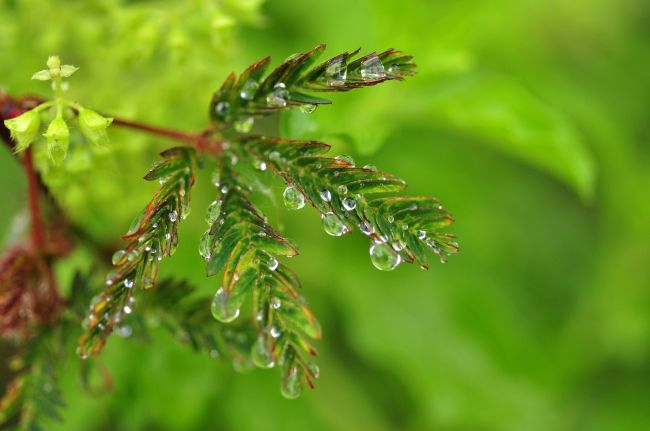 The leaves of Mimosa pudica close up when touched by rain, using a mechanism that could be transferred to robotics. (123rf)
For example, the leaves of Mimosa pudica ― sometimes known as touch-me-not ― use a hydraulic system to close up when touched by animals or rain. This apparent defense mechanism is much more advanced than conventional hydraulics used in forklift trucks or excavators, so Lee hopes a copy of it could be used in advanced robotics.

But before he could develop his pumps, he had to overcome a problem: He couldn’t see what he was copying. 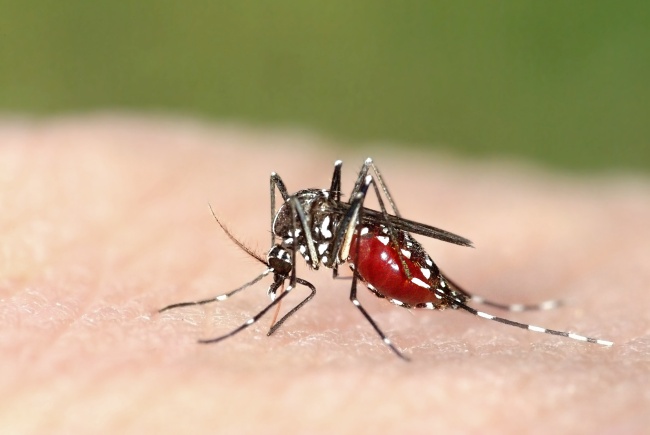 Pumps modeled on the way a mosquito sucks blood could one day be used for medical applications.(123rf)
“Plants and mosquitoes have very tiny structures, and there was internal flow. So, for example, sucking blood is impossible to observe with conventional microscopes,” he said.

To overcome this, Lee said his team developed a new X-ray imaging technique to observe the fluid movement and used a new type of particle to measure the rate of flow.

Recently his lab has used this to make progress in actual mimicry, developing a new pump based on the way a mosquito sucks blood.

He hopes that in a few years the new pump could be used in medical applications ― such as a new type of syringe driver that could be put into tiny biochips and run without a power source.