[ The Korea Herald – Send E-mail ]
[Weekender] Social media network boosts knowledge exchange
By Korea Herald
Published : Feb 7, 2014 - 20:38
Updated : Feb 7, 2014 - 20:43
On Wisdome, a social networking site, people can open offline classes to provide their knowledge, experience and skills for a small fee. Lectures on a range of topics like overseas travel, calligraphy, asset management and cookie-making are offered by practitioners eager to share their know-how and time.

“What changes one’s life is not advice from famous figures on TV or somewhere else, but advice from people around us including family members, colleagues and friends at school,” said Han Sang-yeob, CEO of Wisdome. 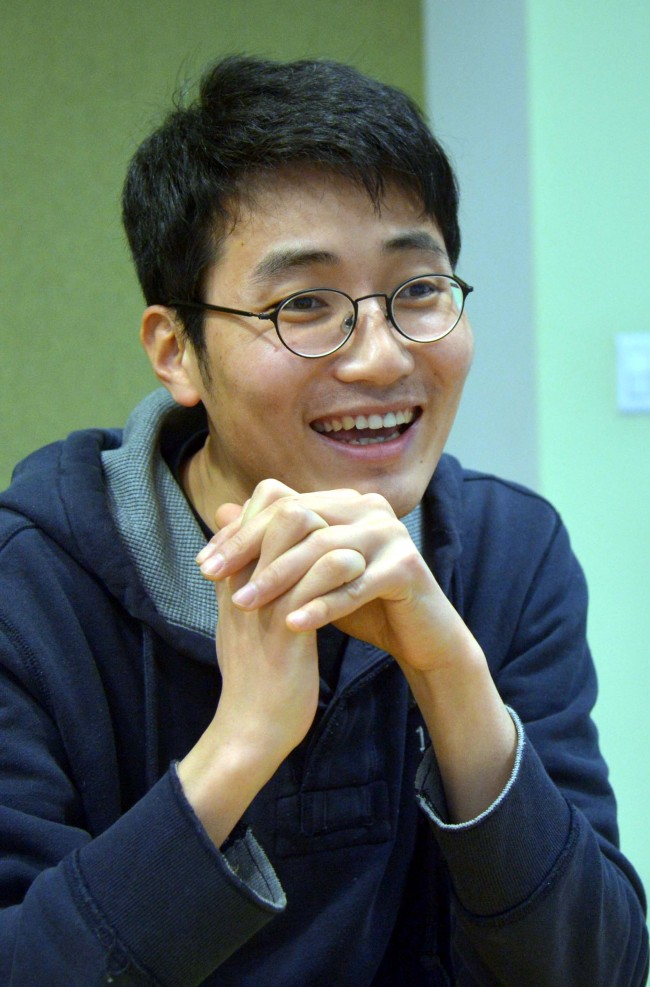 “The basic idea of the platform is that time is shared among the users of Wisdome. It is ‘I would like to share my time, so anyone who wants it can purchase it,’” he said.

“Since I hope everyone’s life story will be properly recognized and valued, I encourage Wisdomers to receive modest fees for their lectures,” he said.

Since the users are not focused on money but on communication with others, many of the proceeds from the classes go to charitable causes including fundraising programs for the underprivileged run by social enterprises or others, according to Han.

Han said some attend meetings more than three times every month because they find them fun and realize that there are different worlds they did not know through the meetings.

Some also get practical help such as how to write a resume that catches the eyes of personnel managers and how to save and manage money.

Some of the meetings take place more than 10 or 20 times a year as the buzz spreads and more people want to hear from the lecturers.

Han himself has quite a lot of experience and business skills.

“What I learned while working as an ordinary office worker is that practical knowledge passed down to the members of an organization is the key to business success,” said Han, emphasizing that he got the idea of sharing skills and experiences during that time.

Han said Wisdome can save people time and energy in finding the right person to offer advice.

Completing the establishment of a so-called “human library,” consisting of around 100 Wisdomers in each sector of society is his ultimate goal.

Now the library has more than 700 registered people ready to share their life stories with others.

However, Han said there does exist risk in the business model based on sharing economy.

“As it is often pointed out, the biggest pitfall of sharing economy is that trust among users could be broken. No one knows if those whom I share something with will use it without breaking or losing it,” said the CEO, adding that there are some who take advantage of Wisdome’s sharing platform for other purposes, for example, for enhancing their business sales.

Review systems and rules that ban those with ill repute are some of measures adopted by Han and his team to fend off such risk.

However, Han said he believes people are good by nature so the drawback will not be a big deal.

“The biggest reason for people to share is because it is cheaper than buying things or going through vexing processes to find good ones. So the latest movement toward sharing economy is more than just a flash in the pan.”