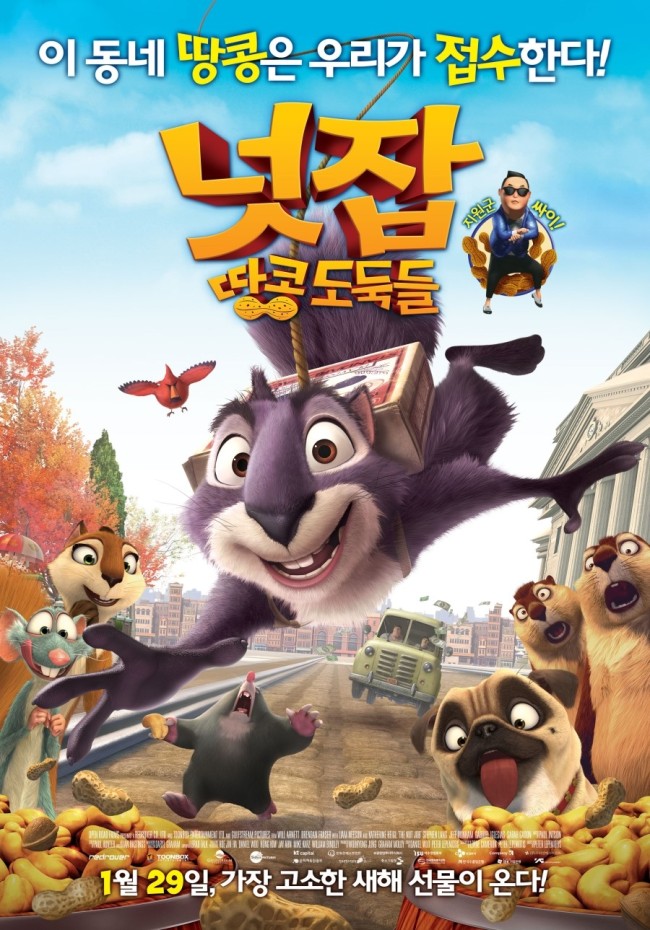 Film "The Nut Job"
The 3-D animated movie “The Nut Job” is set for release on Thursday in Korea, after becoming a huge success in the U.S. in merely two weeks.

The film is a joint-venture with Korea, Canada and the U.S., though a large part of the production costs were procured from Korea. CEO Ha Hoe-jin of the co-producing firm Redrover said, “We aimed for the U.S. market as data showed 80 percent of the animated movies produced in the U.S. fared better than most others. The Korean animation market only accounts for a mere 1.5 percent of the entire animation market.”

The film is about a squirrel’s heist of the town’s biggest nut shop to gather food to survive the winter with his friends. The concept is based off the main character of a short animation from the film’s director Peter Lepeniotis and the Hollywood classic “The Italian Job.”

Famous Hollywood stars features as the voice of the squirrel Surly and his friends, including Will Arnett, Brendan Fraser, Gabriel Iglesias, Liam Neeson and Katherine Heigl. Singer Psy also makes a cameo, wrapping up the film by dancing to “Gangnam Style.”

The animated film has reportedly reaped in 40.2 million dollars so far, overtaking “Frozen” as the No. 1 family film, a position it had held for nearly two months. The computer-animated tale is due to be screened in 120 other countries, including Korea. Plans for its sequel have already been announced with the release date set around January 2016.