Asian viewers have their eyes on South Korean dramas and actors. Kim Soo-hyun, in particular, hero of the hit drama “Man from the Stars,” is gaining explosive popularity in China, topping the “Today’s Actor” chart on China’s largest search engine Baidu on Jan. 14. 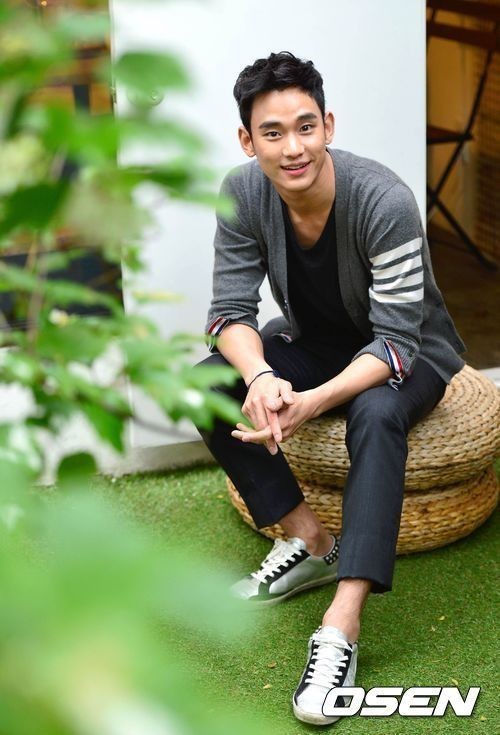 Kim Soo-hyun (OSEN)
“Kim Soo-hyun is handsome, and many girls would want to approach him,” said Connie Pang, 33, a big fan of Korean dramas who lives in Hong Kong.

The 27-year-old heartthrob has been well-regarded for his acting, too. “Kim Soo-hyun is one of the rare 20-something actors who retain outstanding acting skills,” Jang Tae-yoo, the producer of “Man From the Stars” was quoted as saying.

Kim is not the only star who dazzles China, however. Lee Min-ho from the popular drama “The Heirs” has also enjoyed soaring popularity, outshining rivals so far in the poll for the “2013 most influential Korean star in China,” being conducted by Chinese People’s Daily. 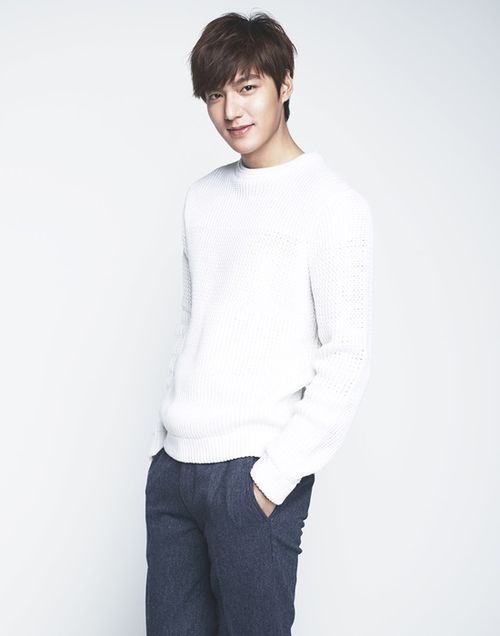 Lee Min-ho (OSEN)
Pang said the Korean male stars’ popularity is mainly due to their appearance: “In general, Chinese people think that Korean stars have a handsome face and good body shape.”

Kim has continued to boost his standing in China with the soaring popularity of the SBS drama “Man from the Stars.”

In the drama, he plays an alien who has arrived in Korea by travelling through time from the Joseon Era and ends up falling in love with a modern-day actress, played by Jun Ji-hyun (Giana Jun). The romantic comedy series has already cleared the 20-percent mark in terms of viewership at home in just four episodes.

The popular drama has become a sensation in China as well. “When the cast of the drama was announced, it drew attention from Chinese fans and a number of Chinese content providers,” said an official of HB entertainment in charge of producing the drama “Man From the Stars”

Even before the drama aired in Korea, the production team received a flood of requests for broadcasting rights from Chinese companies. “The three main content providers in China -- PPS, IQIYI and KanKan -- are helping the Chinese viewers to catch up with the latest episodes in real time,” she told the Korea Herald. 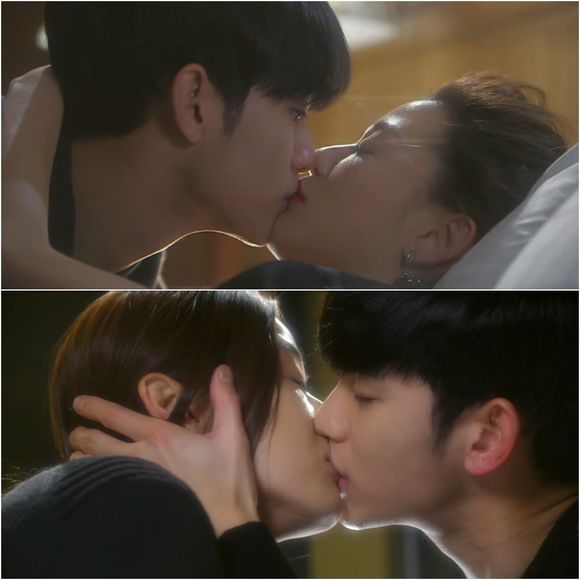 Kim Soo-hyun and Jun Ji-hyun are kissing each other in the drama "Man From the Stars" (SBS)
The latest episode of “Man From the Stars” is available on Chinese websites providing downloadable content to those who pay within a few hours after an episode airs in Korea. So far, there have been more than 1.7 billion downloads of the 10 episodes available online, according to HB entertainment.

To lure viewers, drama plots are carefully designed and structured in the early stage of production. Writers and the producer carry out extensive research together to create storylines that will appeal to the drama’s fans at home and abroad. In some cases, they seek advice from professionals with in-depth knowledge about China to take into account Chinese interests before writing a plot.

The easy access to Korean dramas through the Internet, coupled with the production teams’ efforts to create high-quality content, has paved the way for the stars to boost their profiles in China, Professor Lee pointed out.

The Internet and social networking services have served as catalysts for the Korean culture boom in Asia. Korean stars can now instantly and continuously communicate with overseas fans through SNS, which has helped them expand their fandom abroad. “Without the Internet, the Korean wave would have been impossible,” Professor Lee said.

In fact, as many as 740,000 fans are following Kim on Weibo, known as the Chinese Twitter, and the number of members of online fan sites surpassed 1 million as of Sunday, according to his agency, KeyEast.

However, nobody can foresee how long the star will remain popular in China. In the fast-changing media environment, a number of budding stars are introduced to TV fans every day.

Chinese fans’ attention might quickly move on to other stars. “These days, a star can be easily replaced,” the professor noted.

For Korean stars to secure their status and enjoy long-lasting popularity in China, Professor Lee advised them to engage in local activities by collaborating with Chinese celebrities in concerts, dramas and films. “The stars should sympathize and communicate more with Chinese fans in various ways.”