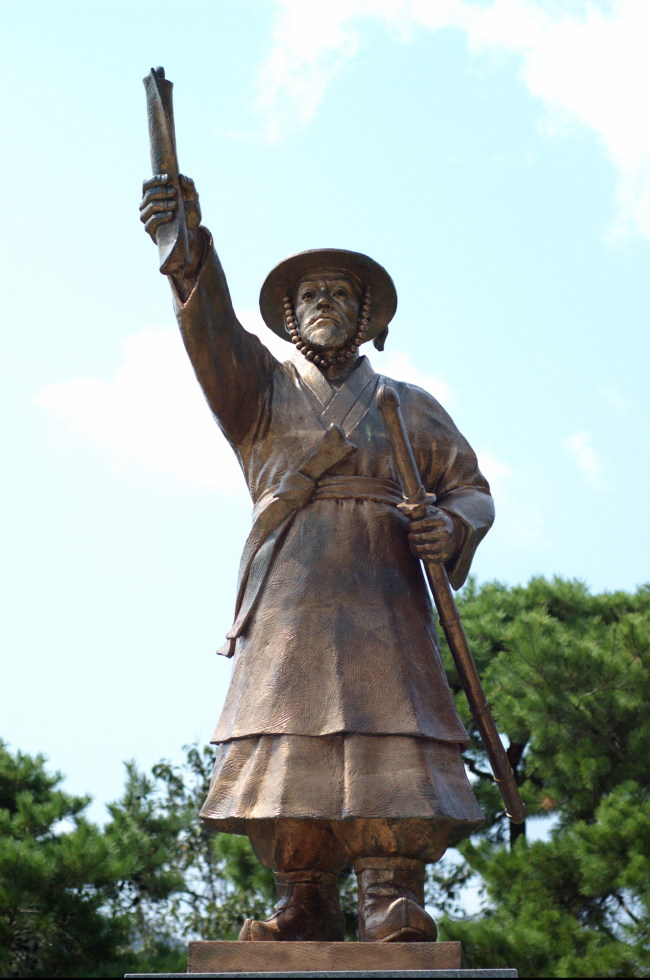 A statue of An Yong-bok in Busan(The Korea Herald file photo)
Everything about the Dokdo islets is common knowledge among older Koreans: their history, marine life, climate, rainfall and even exact latitude and longitude coordinates, all of which are mentioned in the lyrics of a popular 30-year-old song titled “Dokdo is Our Territory.”

Not simply some remote outcroppings in far-away waters, the islets are a source of pride and patriotism entrenched in Koreans’ collective consciousness, stemming from centuries of battles with Japan.

(from left) The Joseon Dynasty map “Paldo Chongdo,” which features Dokdo as its territory (1531), “Shinchan Joseon-guk Jeondo,” a map of modern Korea by Japan categorizing Dokdo as Joseon territory (1894)
Early documents indicate that Korea controlled Ulleungdo and Dokdo at least around A.D. 500. Both were governed by the tribal state called Usanguk and conquered by Gen. Kim Isabu of the ancient Korean kingdom of Silla (B.C. 57-A.D. 935).

The records appear in the 1145 “Samguk Sagi (History of the Three Kingdoms)” and 1454 “Sejong Sillok Jiriji” (geography section of the Annals of King Sejong’s Reign). They were “not far apart from each other and thus visible on a clear day” and were part of the Uljin prefecture, according to the geographic book.

Other official and private documents carry consistent statements, ranging from the 1451 “Goryeosa (History of Goryeo)” to the 1808 “Man-gi Yoram (Manual of State Affairs for the Monarch).”

The so-called Ulleungdo dispute during the reign of King Sukjong (1674-1720) of Joseon marked the first diplomatic contact between Japan and Korea involving the islands. 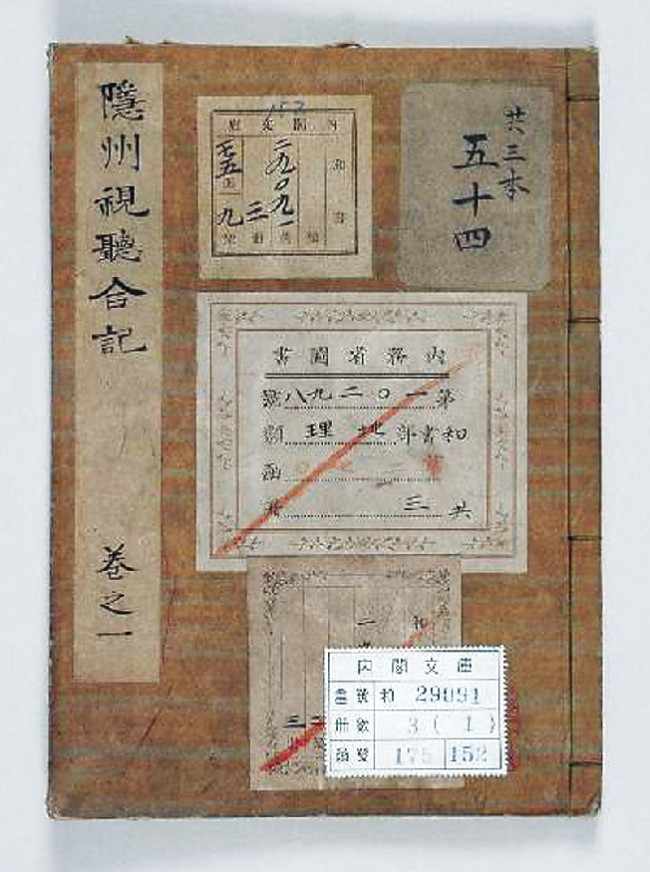 A 17th-century Japanese document defining the Oki Islands as the country’s northwestern frontier.(Korea Herald File Photo)
In 1693, An Yong-bok and a dozen other fishermen clashed with their Japanese counterparts while fishing and farming on Ulleungdo Island and were taken to Okinoshima.

One of the significant Japanese publications related to the issue was an 1877 directive issued to the Ministry of Home Affairs by the Daijokan (Grand Council of State), then the country’s top decision-making body. On a map presented by the ministry, Takeshima (Ulleungdo Island) and Matsushima (the Dokdo islets) were shown together. 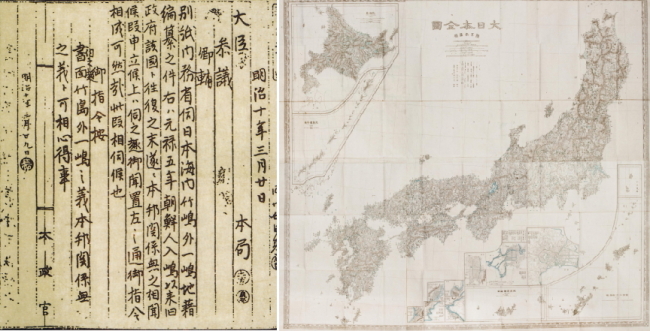 In 1900, Emperor Gojong (1863-1907) of the Empire of Korea (1897-1910) promulgated an imperial edict to change the name of Ulleungdo Island to Uldo Island and place Seokdo Island (the Dokdo Islets) under the jurisdiction of Uldo County.

Four years later, Japan forced the emperor to sign the Korea-Japan Protocol to secure unlimited access to Korean territory in the heat of the 1904-05 Russo-Japanese War.

In 1906, a Japanese survey team visited and informed Uldo County Magistrate Sim Heung-taek of Japan’s seizure of the Dokdo Islets, followed by a chain of unequal treaties that culminated in the full-fledged colonization of the Korean Peninsula in 1910.

With Japan’s defeat in World War II, its colonial rule came to a close in 1945. The 1943 Cairo Declaration by three Allied Powers ― the U.S., Britain and China ― stipulated Japan’s unconditional surrender and Korea’s independence, which was confirmed by the 1945 Potsdam Declaration.

“Japan will also be expelled from all other territories which she has taken by violence and greed,” the Cairo Declaration read.

In addition, the General Headquarters of the Supreme Commander for the Allied Powers removed the Dokdo islets, which were also called the Liancourt Rocks, from Japan’s control and administration through the Supreme Commander for the Allied Powers Index Number, or SCAPIN, No. 677, in January 1946. SCAPIN No. 1033, issued five months later, banned Japanese vessels or personnel from approaching closer than 19.3 kilometers to the Dokdo islets.

The return of Dokdo to Korea was also reaffirmed by the Treaty of Peace with Japan in 1951, better known as the San Francisco Peace Treaty, though it singled out only three large islands from among the 3,000 or so in Korean territory ― Jejudo Island, Geomundo Island and Ulleungdo Island.

After a series of clashes, civilian deaths and ship seizures in surrounding waters, 33 Koreans, including Ulleungdo Island resident Hong Soon-chil, formed a volunteer corps in 1953 to safeguard the Dokdo islets against Japanese patrols and fishing boats. The Coast Guard took over the mission in 1956 upon a parliamentary resolution, which also barred free passage of civilians.

Japan argues that a total of 328 vessels were attacked, 44 people killed or wounded and more than 3,900 detained before the 1965 normalization of the two countries’ relations.

But the landmark agreement failed to settle the sovereignty feud. As both sides refused to budge, a senior Japanese official even suggested during talks that the Dokdo Islets be blown up.

Since 1981, Seoul has established lighthouses; a radar base; and facilities for docking, housing, and helicopter takeoff and landing, for practical reasons and to bolster control of the islets. Japan lodged a protest each time a monument or facility was erected.

Some images of the maps were provided by Yuji Hosaka, director of the Dokdo Research Institute at Sejong University. --Ed.