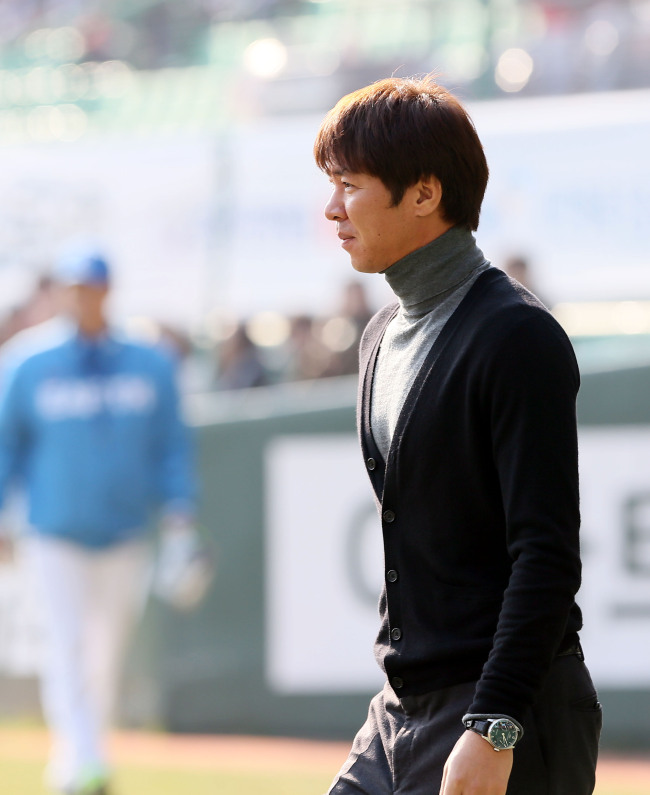 The Major League Baseball club didn’t offer the 37-year-old right-hander a contract, along with two other players.

Lim was not eligible for arbitration.

The Cubs signed Lim to a two-year minor league deal in December last year, a uniquely-structured, non-guaranteed deal with different salary rates between the times he spent in the big leagues and the minors.

In the big leagues, teams don’t have to make a contract offer to players who aren’t eligible for free agency, once their contract expires. Those not tendered a contract offer by the deadline, which this year fell on Monday in the United States, become ’non-tender’ free agents.

Lim made his big league debut in September after a call-up from the minors. He had Tommy John surgery to repair a torn ligament in his pitching elbow in July last year and spent the first half of this year in rehab, before making his first minor league appearance in July.

With the big league Cubs, Lim appeared in six games and had an ERA of 5.40 in five innings, with no win-loss record. He struck out five and walked seven in those five innings. He made 21 appearances in the minors, allowing four earned runs in 22 1/3 innings for a 1.61 ERA

Lim began his professional career in the Korea Baseball Organization in 1995 and spent 13 seasons with two different teams. He then pitched the next five seasons for the Yakult Swallows in the Central League of Japan’s Nippon Professional Baseball before joining the Cubs.

Lim collected 128 saves in Japan, the most by a South Korean pitcher in NPB history, and struck out 231 batters in 233 innings.

In the KBO, Lim led the league in saves in three different seasons, while bouncing between the rotation and the bullpen. He went 104-66 with 168 saves in 534 games with a 3.25 ERA in the KBO. (Yonhap News)