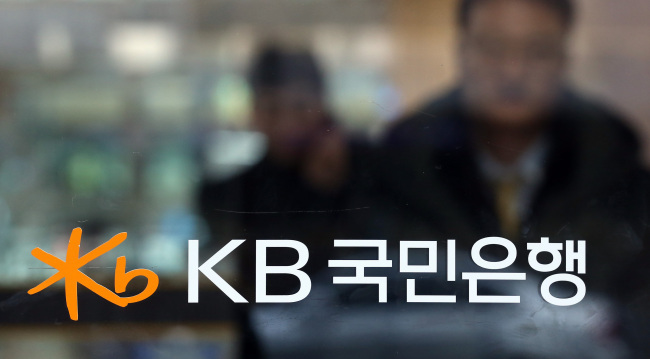 Their protest against the bank comes after the Financial Supervisory Service recently publicized several instances of misconduct by the lender at home and abroad, said the consumer advocacy group.

According to the KCA, some hundred borrowers plan to ask the FSS to widen the scope of the inquiry into the bank. “Borrowers could be the main victims of KB Kookmin Bank’s interest-overcharging or embezzlement,” said a spokeswoman.

She said the KCA is also considering filing a complaint against some former and incumbent chief executives of the bank with criminal investigative authorities.

Regulatory officials, however, said the coming consumer-initiated inquiry into KB Kookmin may not be realized as the regulator has already been looking into the case. “We rule out overlapping probes,” said an FSS official.

According to the FSS, an employee of the bank headquarters recently embezzled company funds totaling 9 billion won ($8.2 million).

Inspectors are conducting an on-the-spot investigation at the bank headquarters in Yeouido, Seoul, in a bid to reveal whether the lender has been negligent in internal control.

A Tokyo branch manager was caught by authorities in September over improper issuance of loans worth 170 billion won during the former Lee Myung-bak administration.

Some market insiders allege that the loans could have been glossed over by former KB Financial Group chairman Euh Yoon-dae, a close confidant of former President Lee.

The bank’s Beijing branch was found to have replaced its manager and deputy manager without following personnel guidelines set by Korean regulators.

Inspectors also plan to launch an inquiry into the bank’s acquisition of Bank CenterCredit, a lender in Kazakhstan.

The action comes after KB Kookmin Bank purchased a 41.9 percent stake in the Kazakhstani bank for 940 billion won back in 2008, which has inflicted losses worth 400 billion on the Korean bank.

The bank also has been suspected of having overcharged domestic borrowers loan interest totaling 2.9 billion won.

Apart from the FSS’s investigation, the prosecution recently launched a probe into the bank’s alleged corruption.

Meanwhile, the FSS has launched its probe into the banking industry’s internal management. Market insiders alleged the regulator’s main targets include bank units of three other financial groups ― Hana, Shinhan and Woori.

Despite a series of warnings and disciplinary action from the FSS, there have been continuous financial incidents such as embezzlement and dubious funding to the political sector over the past few years.

“In the wake of the Tong Yang Group’s fraudulent sale of risky investment products, more and more consumers appear to be distrusting financial service firms,” said a research analyst.

He said it is urgent for financial service firms to bolster internal controlling not to lose confidence among their customers.