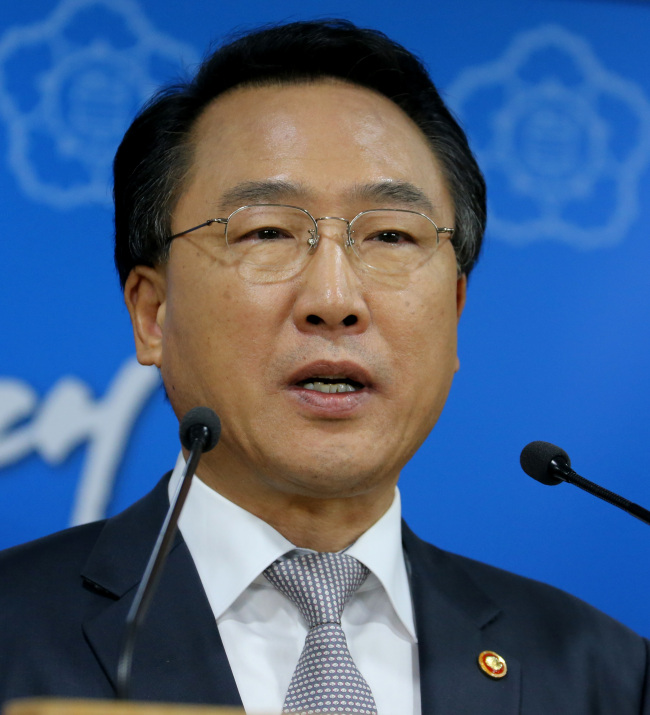 Shinsegae, operator of the nation’s biggest department store, first stepped up to the plate as it announced earlier this year that it would hire around 2,000 part-time workers for its businesses including retail store Emart and its department stores across the nation.

Other retail firms including CJ Group also followed suit by hiring contract-based employees who receive employment benefits comparable to those of regular employees.

Samsung Group, the largest conglomerate in Korea, also rolled out its plan to employ 6,000 part-time workers.

“Samsung’s employment program is aimed at giving work opportunities to unemployed married women who had to take a career break due to marriage and child care and the elderly who want to work after their retirement,” a Samsung official said.

The workers can choose to do a day shift or afternoon shift, but are required to work for at least four hours and up to six hours.

All four major insurance programs including health and pension are provided to the employees. They will get a chance to extend their contracts if they meet certain standards.

In the banking sector, Shinhan Bank will hire 500 part-time employees over the next three years. They will receive differing pay depending on work hours, and are guaranteed lifetime employment.

The Ministry of Education said Tuesday that it would deploy 3,600 contract-based part-time teachers at public schools by 2017 starting from the second half of next year.

The teachers will be able to work for four hours a day or 20 hours a week with flexible work schedules.

In the public sector, around 16,500 people will be employed by the central government and government agencies by 2017.

While the recent employment plans of big conglomerates have been hailed by many, some politicians and industry watchers warned that the part-time job initiatives were just a stop-gap measure that had been hurriedly prepared by businesses at the request of the government to achieve a 70 percent employment rate, a goal set by President Park Geun-hye.

Rep. Han Jeoung-ae of the opposition Democratic Party criticized the government-led policy earlier this week, saying “The government policy could lead to the creation of low quality jobs through which workers will only be able to receive an actual payment of 700,000 won a month.”