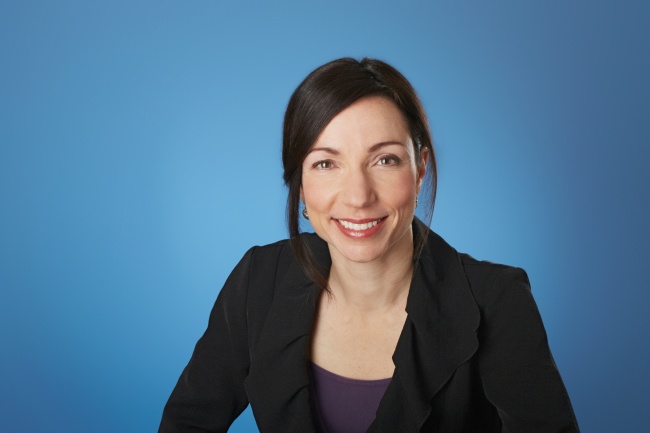 Martine Ouellet, minister of natural resources of Quebec
DAEGU ― Aiming to boost energy efficiency and reduce greenhouse gas emissions, Quebec has selected electric transportation as its future vision and is hoping to collaborate with the Korean manufacturing industry.

“Quebec and Korea are clearly different in terms of natural environment and energy resources,” Martine Ouellet, minister of natural resources of the Canadian province, told The Korea Herald in an interview on Tuesday.

The two, however, have much to offer each other, as Quebec has an initiative in eco-friendly renewable energy while Korea is advanced in manufacturing technology, she said.

With its vast territory, rivers and forests, Quebec generates half of its total electricity from renewable energy, which is far above the world average of 13 percent.

“Unlike most countries, we have little concern about the cost efficiency of renewable energy, thanks to our abundant natural heritage,” Ouellet said.

“In our case, water-generated or wind-generated electricity is cheaper than thermal or even photovoltaic energy.”

This is how Quebec came to shut down its only nuclear power plant last year, terminating nuclear power generation once and for all, she explained.

“As we had more than sufficient clean energy, we felt no need to invest in the maintenance and repair of the controversial nuclear facility.”

This energy generation model may not be applicable to all countries, but it sets a model example on how to maximize energy efficiency with minimum environmental pollution, she added.

Such optimization of renewable energy is a unique characteristic of Quebec, as the rest of Canada is still highly dependent on fossil fuels, according to the minister.

“Back in the 1960s, we decided to build mega-sized dams and to establish a state-run hydroelectric power company, which laid the foundation for today’s renewable energy business,” she said.

The Quebec government was nevertheless determined to further cut down on greenhouse gases and naturally turned its eye to eco-friendly transportation.

“Among the relatively small amount of greenhouse gas which we emit, some 40 percent is being produced in the transportation, heating and industrial sectors,” she said.

The new Quebec provincial government, which took office last year, set a goal of reducing the total emission amount by 25 percent by 2020.

“Due to the extensive area of our land, the electrification of transportation is still a challenging task, so we will first start with increasing the number of recharging stations for electric automobiles,” the minister said.

The Canadian state also hopes to form a mutually beneficial relationship with the Korean manufacturing industry, especially the automobile sector.

“In the long term, we wish to collaborate with a Korean automaker so that it will provide the car frames to which we may apply our environment-friendly power system,” she said.