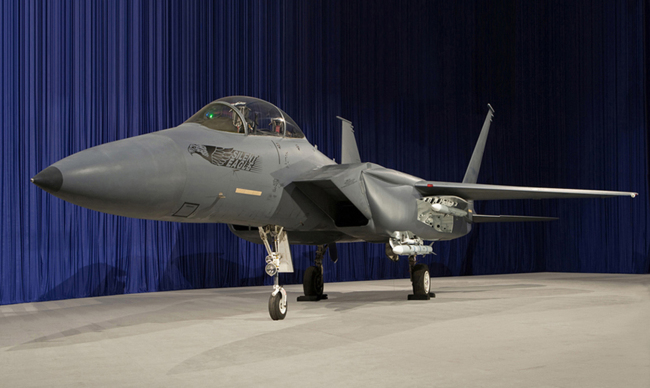 Experts called on the government to go back to the drawing board and reconsider which candidate would serve the best interests of the country facing security challenges from North Korea and potentially from other neighbors including China.

In a three-way competition for the 8.3 trillion won ($7.5 billion) project to purchase and deploy 60 aircraft in 2017-2021, Lockheed Martin’s F-35A and European Aeronautic Defense and Space Company’s Eurofighter Typhoon failed to fit the budget.

By law, Seoul cannot sign any defense deal that exceeds its preset budget. Boeing’s F-15 Silent Eagle has thus emerged as the sole candidate to meet the budget requirement.

Some observers criticized Seoul for being driven inordinately by financial limits in its selection and paying insufficient attention to capability-related issues, despite the growing competition among regional powers to secure advanced combat aircraft.

China is striving to develop radar-evading aircraft such as the J-20 and J-31 while Japan has signed a contract with Lockheed Martin to purchase 42 F-35 jets. Russia is working on building its own T-50 stealth fighter.

“Seoul needs to think about the original objective for the project, which was to introduce a high-end fleet beyond the fourth-generation aircraft. But it now faces financial budget obstacles,” said Yang Uk, a senior research fellow at the Korea Defense and Security Forum.

“The fifth-generation aircraft that regional powers are pursuing features radar-evading functions and greater capabilities for situational awareness, which would set itself apart from older platforms and change the operational contours and future strategy.”

Boeing has touted its “combat-proven” fighter with long-range, larger payload capabilities with added stealth functions. Yet, critics cast doubts over whether the fighter, first produced in the 1960s, would be capable of coping with increasingly complicated aerial threats in the coming decades.

“The operational capability of the F-15 SE, retrofitted from its existing platform, has yet to be tested as it is still in its design stage,” said Lee Hee-woo, retired brigadier general and president of the Integrated Logistics Support Research Institute at Chungnam National University.

“On top of that, Korea is likely to be the last country to purchase the fighter, which means maintenance costs might be high and securing component parts would not be easy.”

The F-15 SE is to be proposed to a top defense decision-making council, which will be convened in the middle of next month. The council is to approve, disapprove or demand a conditional review of the project.

The fighter procurement project is urgent for South Korea, which has already started to see a shortage of combat planes. The Air Force estimates it may fall short of some 100 fighters in 2019 when all of the F4s and F5s will be decommissioned.

After Lockheed Martin failed to come within Seoul’s budget, EADS’ Eurofighter Tranche 3 Typhoon was considered to be in an advantageous position due to its offer of technology transfer and other promises to help boost the local industry. But the multinational firm faced a setback last week as it failed to meet some of Seoul’s procurement demands.

During the early stage of the competition, the F-35A got the most media spotlight as it was the only all-stealth, fifth-generation aircraft. But its popularity waned due to the discovery of defects, surging costs and development delays.

Launched in 2001, the F-35 “Joint Strike Fighter” project is a multinational program joined by the U.S. and its eight foreign partners ― Britain, Italy, the Netherlands, Turkey, Canada, Australia, Denmark and Norway.