At the core of the dispute is Rep. Moon Jae-in, the former right-hand man to late President Roh Moo-hyun, who is alleged by the ruling camp of having ordered the transcript in question be deleted upon leaving office.

Moon, supported by the pro-Roh forces against the current party leadership, had spearheaded the calls to view the original transcript to clarify whether Roh had implied giving up the Koreas’ de facto West Sea border during talks with late North Korean leader Kim Jong-il. He even staked his political career on it. 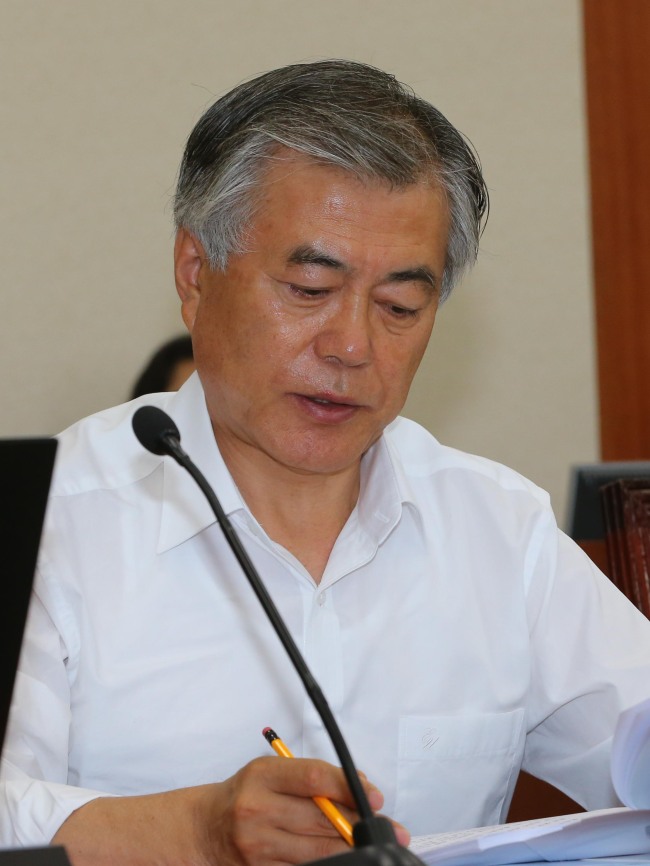 Moon Jae-in
As the parties discovered that the transcript in question was not held in the National Archives of Korea, the Saenuri Party has effectively started calling Moon out, while figures within the DP have also begun to place the blame on Moon for the mess.

“Moon was in a position to know best about how the transcript was composed, kept and delivered,” the Saenuri floor leader Rep. Choi Kyung-hwan said.

Moon broke his four-day silence Tuesday, saying in a press statement that the matter of the missing transcript could be clarified and resolved through discussion among the rival parties, and that it could even be a chance to improve the national archives system.

“Although we do feel disappointed for not being able to clarify the NLL (dispute) through the presidential archive, other relevant records that we already have are enough to clarify the truth,” he said.

Observers said it may nonetheless be one of the biggest challenges of Moon’s political career.

Moon, who was Roh’s chief secretary, entered politics last year, becoming the former Democratic United Party’s presidential candidate on the backing of his political lineage to the liberal leader.

After the election defeat, the DP’s internal conflict aggravated and the pro-Rohs took a backseat behind the current leadership led by Rep. Kim Han-gil.

Upon the NLL controversy, the pro-Rohs began to regroup their clout despite the leadership’s more cautious approach.

The DP now seems stuck in a quagmire: Their offensive against the ruling camp for the National Intelligence Service’s political interference has been overshadowed by the NLL controversy, which, again, is being eclipsed by the misplacement of the transcript.

And to think that more people, or 53 percent of the respondents surveyed by Gallup Korea in June, already believed Roh “did not abandon the NLL.”