[ The Korea Herald – Send E-mail ]
[Newsmaker] Sohn leaves KCCI to rescue CJ Group
By Korea Herald
Published : Jul 10, 2013 - 20:13
Updated : Jul 10, 2013 - 20:47
Korea Chamber of Commerce and Industry chairman Sohn Kyung-shik, who is also co-chairman of CJ Group, officially resigned from his KCCI post on Tuesday, explaining that he could no longer carry on have chairmanship duties due to his extensive involvement in CJ Group’s crisis-management committee.

Since CJ Group chairman Lee Jay-hyun’s arrest on July 1 for allegations of embezzlement and tax evasion, Sohn ― who is Lee’s uncle on his mother’s side ― has led Korea’s largest food and entertainment conglomerate’s crisis-management committee in order to fill the void left by his nephew. 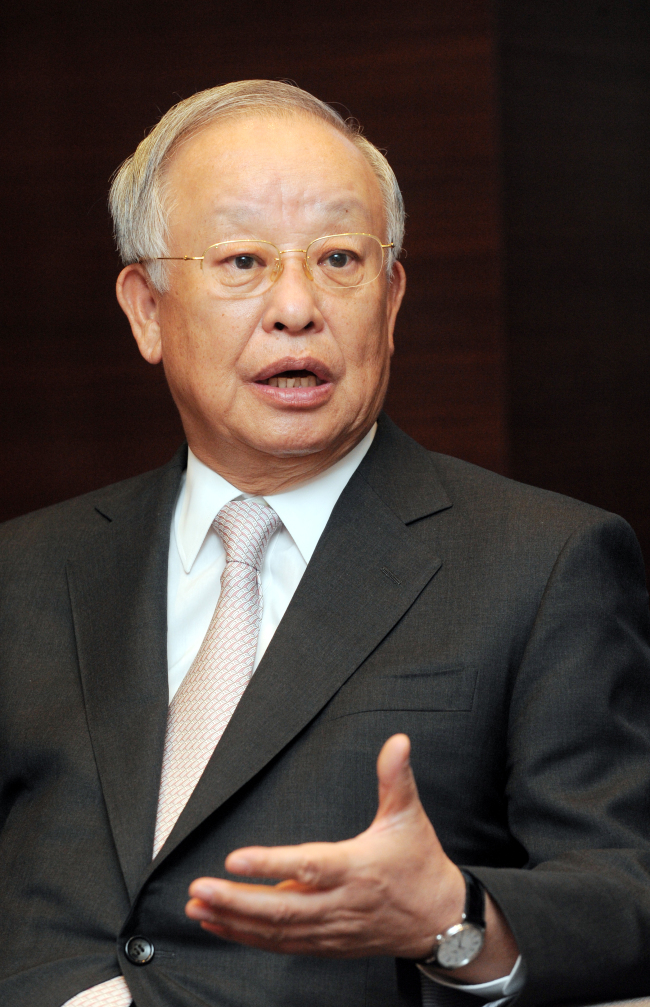 Sohn Kyung-shik. (The Korea Herald)
“The KCCI has the longest history and the most extensive reach in terms of its membership size in Korea,” Sohn said during his farewell event held on Tuesday.

“Since I took the position in 2005, I wanted to focus on increasing the size of the KCCI membership, improve the service quality for our members and represent our members’ interests as best as I could.”

When he took the KCCI chairmanship position in 2005, Korea was struggling particularly with the domestic economy and exports, although much improvement had been made since the 1997-98 Asian financial crisis.

For the past eight years, Sohn has successfully bridged the gap between the private and the public sectors, making the most out of his soft yet resolved leadership style and calm nature, industry officials said.

Sohn apologized for having to leave the post in a still recovering economy, and explained that it would be unfair for the KCCI members if he continued to hold the chairmanship while also overseeing the CJ Group’s crisis-management committee.

“The duties of the KCCI chairmanship include vital work at the legislative setting, overseeing and resolving labor issues and liaison management at the international level among many others,” Sohn said.

“I won’t be capable of effectively carrying out all these duties anymore.”

Prior to his official resignation, Sohn expressed his willingness to resign on Monday during a KCCI joint committee meeting with the organization’s executive officials in attendance.

Following the customary practice, Sohn’s successor is expected to be selected from the 16-member group of vice chairmen at the KCCI.