[ The Korea Herald – Send E-mail ]
Faster network draws ‘phablet war’
By Korea Herald
Published : Jul 3, 2013 - 19:56
Updated : Jul 3, 2013 - 19:56
As the world’s top two smartphone makers, Samsung Electronics and Apple Inc., continue to vie for a larger share of the global mobile device market, the next battle is expected to focus on “phablets,” according to industry officials.

With the commercialization of the LTE-Advanced network ― which can provide up to double the connection speed of the existing Long Term Evolution technology ― the two electronics giants are expected to release their latest handheld devices built for the faster network in the coming months.

However, unlike the previous times in which the competition had been initiated by Apple releasing the iPhone and iPad first, Samsung’s first-move advantage in the global phablet market has already changed the game, experts said.

On July 1, Samsung released the Galaxy Mega with a 6.3-inch display, first targeting the company’s European stronghold: the U.K.

Many in the industry consider this to be Samsung’s strategic move to test the global marketability of larger phablets.

The world’s No. 1 smartphone maker is also expected to reveal the 5.7-inch Galaxy Note 3 in September at the IFA 2013 event in Germany, according to industry officials. 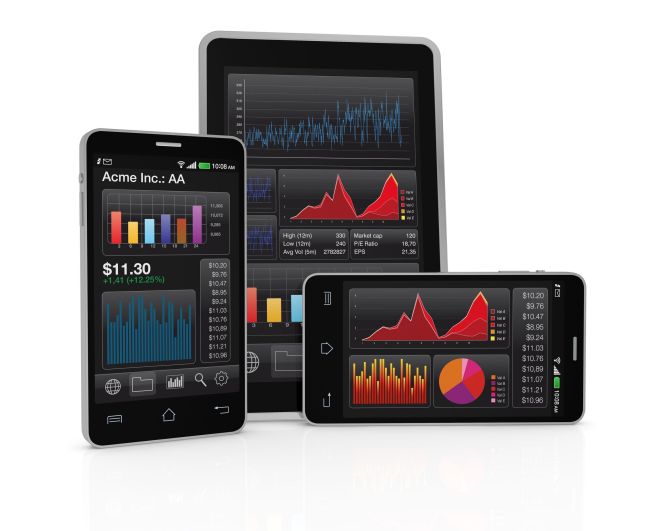 As smartphone users’ needs are increasingly becoming personalized, global demand for phablets and different sized mobile devices is on the rise. (123rf)
Both the Galaxy Note 3 and Galaxy Mega have adopted larger screen sizes than the previous models and can be operated with Samsung’s signature stylus pen.

“The revolutionizing LTE-A technology, which allows the users to search and download at up to 150 Mbps right in the palm of their hands, is expected to encourage more companies to explore a variety of ways to commercialize larger handheld devices from now on,” an industry official said.

In fact, when Samsung launched the first version of the Galaxy Note equipped with a 5.3-inch screen in 2011, skepticism was high and expectation low about whether the bigger-than-palm sized smartphone could attract global customers.

“Slower mobile connection speeds back then not only prevented the smartphone users from doing more on their devices but also held back the handheld makers from diversifying their products with different sizes,” the official said.

“The concept of the phablet can now be truly realized with the introduction of the LTE-A network and the apparent eagerness of handheld makers to answer the growing global demand for larger and more innovative mobile devices.”

Apple is expected to release the iPhone 5S within the next few months and the iPhone 6 in early 2014, according to various sources.

Equipped with the latest iOS7, the new iPhone 5S will reportedly feature the same 4-inch screen size as the current iPhone 5 model.

However, Apple may consider incorporating a larger screen for the iPhone 6 and future models, experts suggested.

“Due to the increasingly personalized needs of smartphone users, size and functional diversification is necessary for handheld makers,” the official added.

As the world’s first LTE-A network launched in Korea in late June, Apple is reportedly in negotiations with Korean mobile carriers to make its new iPhones LTE-A compatible.