[ The Korea Herald – Send E-mail ]
[Voice] Are small suppliers treated fairly?
As the government moves to level the economic playing field ...
By Korea Herald
Published : Jun 17, 2013 - 20:18
Updated : Jun 17, 2013 - 20:18
If all is fair in love and war, business can hardly be far behind in the ranks of unforgiving human endeavor. Increasingly, however, the public discourse has been less accepting of perceived unfairness in a market dominated by a few big fish ― the sales of the 10 largest companies account for almost 80 percent of the country’s GDP.

An example of this market injustice in the eyes of the government and many citizens is an imbalance of power in the relationships between large firms and their smaller suppliers. Recent controversies such as the case of an official at Namyang Dairy threatening one its suppliers have reinforced the perception that the success of big business almost invariably comes at the expense of its smaller partners. 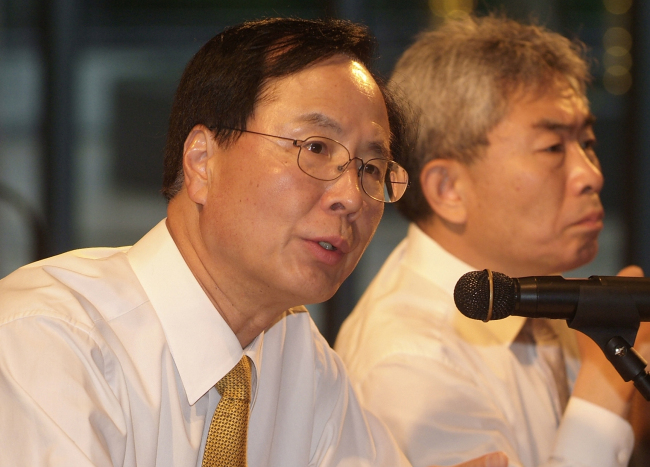 The government has vowed to level the playing field, as part of its agenda of so-called economic democratization. Last week, the Fair Trade Commission said it would fine firms found to have “forced” their suppliers to cut the prices of their goods and services, as well as increase the distribution and marketing channels available to small firms to allow them sell directly to customers, among other measures.

“We vested authority to negotiate the unit cost of goods and services in the Korea Federation of Small and Medium Business for small and medium-sized businesses which have weak bargaining power,” an official from the FTC told The Korea Herald. “We are aiming for small firms to be able to get reasonable unit costs for goods and services by enhancing bargaining power with large conglomerates.”

But despite these and other measures, such as restricting large firms from entering certain areas of business, some observers see the government’s response as insufficient.

“There are so many policies to create a fair of market transaction order but we can’t see a real effect yet. The government policy is too weak …” said Wi Pyoung-ryang, a researcher at Economic Reform Research Institute.

Wi said that relations between large firms and their smaller suppliers were generally unfair because of the nature of the Korean market where a supplier might only have a single buyer. This was the cause of numerous problems for small suppliers, he said, from low returns on sales to an overdependence on large firms for subcontracting. Wi suggested a list of legislative and other measures to address the imbalance in the market.

“First, reform and revise legislation such as the Monopoly Regulation and Fair Trade Act, Subcontract Act, the Fair Franchise Practices Act … second, lead and change the business culture with a stick and carrot (approach),” he said. “Third, reform the economic structure ― that is, the chaebol system ― at the same time as fundamental tax reform.”

Others are more positive about the government’s policy. Lee Jang-woo, a professor of strategic management and organization theory at Kyungpook National University School of Business, said progress was being made to stop bullying of small suppliers.

“The government has challenged many things for the very difficult agenda,” said Lee.

“Traditionally, it has implemented the policy of the FTC. But this tool showed a limited level of performance. So the government is operating an additional instrument in the Commission for the Shared Growth of Large and Small Companies, which is composed of large firms, small firms and experts as a symbolic organization to build a third force for creating a cooperative and fair culture in the industry. At this point the government policy is working.”

Some big business representatives, however, believe the drive for a “fairer” economic order has unfairly maligned big business. A representative of a local manufacturer, who spoke on condition of anonymity, said large firms only ever received attention for negative reasons.

“Yes, in some ways (large firms are being unfairly labeled bullies), because they are seen only for some of their negative roles, and not what they contributed in the past. No doubt, they played a large role in helping Korea on its feet, but this is being overlooked,” the representative said.

“Also, some of the measures were necessary to keep the companies afloat, but the firms are now being belatedly condemned for them. The role we play in society is bigger than most imagine, and the jobs we create are also bigger than can be imagined, but we feel all that is being dismissed, with only our dominance being played up.”

Other big players in industry insist they have made considerable efforts to support their suppliers of their own volition, such as Samsung Electronics’ recent decision to share some of its patents with its suppliers free of charge.

“We have introduced low interest loans to be given to our suppliers who are seeking to bolster their research and development,” said a representative from a local electronics firm who wished to remain anonymous.

“These are granted from a fund we operate. We also try to settle more of our payments with cash, rather than credit, when we pay our suppliers.”

Kyungpook National University professor Lee acknowledged differing views on the fairness of the current economic structure. But he said the scales had long been tipped in favor of the biggest firms.

No, not at all (small suppliers are not treated fairly). They are usually bullied around by the bigger companies. If they do not appease them it is “bye bye, it was nice to do business with you.”

In order to get better treatment for smaller businesses, better tax levies or tighter regulations against bad business practices are needed.

Maybe the biggest obstacle stifling Korea is the conglomerates. They are literally everywhere, making it even harder for independent companies to enter the already harsh market.

Andrew Hong’s “unlikely” comparison (Voice, June 10) to our Second Amendment is just that, unlikely. And ridiculous in its premise.

Claiming “greater than 90 percent” in regards to background checks, Andrew cannot substantiate his claim. ... outlandish commentary in the guise of editorial opinion.

I would venture to say that Andrew doesn’t have a clue about that which he writes. Using $5 words and grammar checking with MS Office won’t make up for lack of knowledge.

To Hee-sun Kim, there is no policy in America regarding something called “substitute holidays.” The term itself doesn’t make sense in the context given. Substitute for what?

Define policy? America is a big country with 50 states and other territories, thousands of multinational corporations, millions more independent businesses. Your comments seem to allude to a “central” policy much like “other” governments regulate the populace by dictating shopping days, business closures and other things.

Stop using America to justify your positions. It doesn’t work for you.

It seems too easy in Korea for businesses and health facilities to share personal information about people, especially foreigners. There seems to be little in the way of privacy protections in Korea, especially for women. There are many women who go to doctors and medical facilities in other towns because of concerns about privacy in Korea.

With great power comes great responsibility ― I’m not convinced the U.S. government is particularly competent at either one.