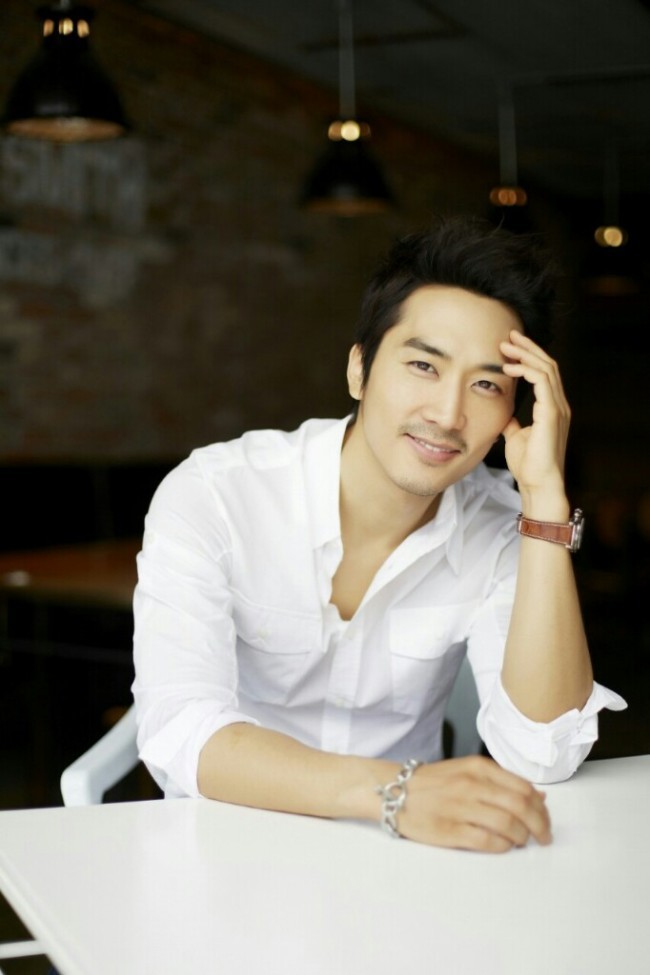 South Korean actor Song Seung-heon said he couldn’t have achieved dramatic transformation on his latest television series if he hadn’t changed. “I had to put myself down for that.”

The 36-year-old actor received favorable reviews for his performance on the television drama “When a Man Loves” -- which went off the air on June 6 -- playing a cold-hearted loan shark who morphs into a successful businessman for his love.

Making a debut in 1995 as a fashion model, Song gained fame with his handsome face coupled with a muscular body. He worked out hard and quit smoking to stay fit and healthy.

Song realized that the public focus on his looks became an obstacle to his acting career at some point as it stopped viewers from immersing in the story and character.

“I wanted to break away from the controversy over my acting skills. Some said they see Song Seung-heon before the character I played. I dropped the styles and tones I used to have and tried something new this time.”

The veteran actor said he wanted to play a completely different character from his previous obliging roles in melodramas to shed his “pretty boy” image.

His iconic dramas such as “Autumn in My Heart” and “Summer Scent” fell into the same genre, allowing him to perform a limited range of emotions.

After a hiatus to fulfill his military service, Song intentionally chose masculine characters to broaden his acting spectrum.

“I was drawn to roles of tough guys who have ambition and loyalty to their friends, but they all seemed to be rough externally yet soft and kind inside. I want to play a character filled with desire,” Song said.