[ The Korea Herald – Send E-mail ]
War, childhood and family secrets
Korean-born American writer Maija Rhee Devine publishes her first novel based on life story
By Claire Lee
Published : May 23, 2013 - 19:59
Updated : May 23, 2013 - 20:42
Korean-born American writer Maija Rhee Devine was just getting ready to study abroad after graduating from the English literature program at Sogang University in Seoul, when a family secret that had been buried all of her 20-something years suddenly burst into open: Her parents were not her biological parents.

“I just immediately went into a denial, a total denial,” the 70-year-old said during a press meeting in Seoul on Wednesday. “I just had had enough of this (Korean) culture ― I was given away (by my biological parents) because I was a girl.” 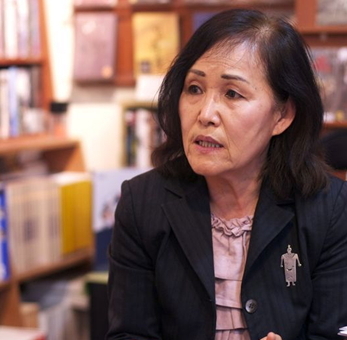 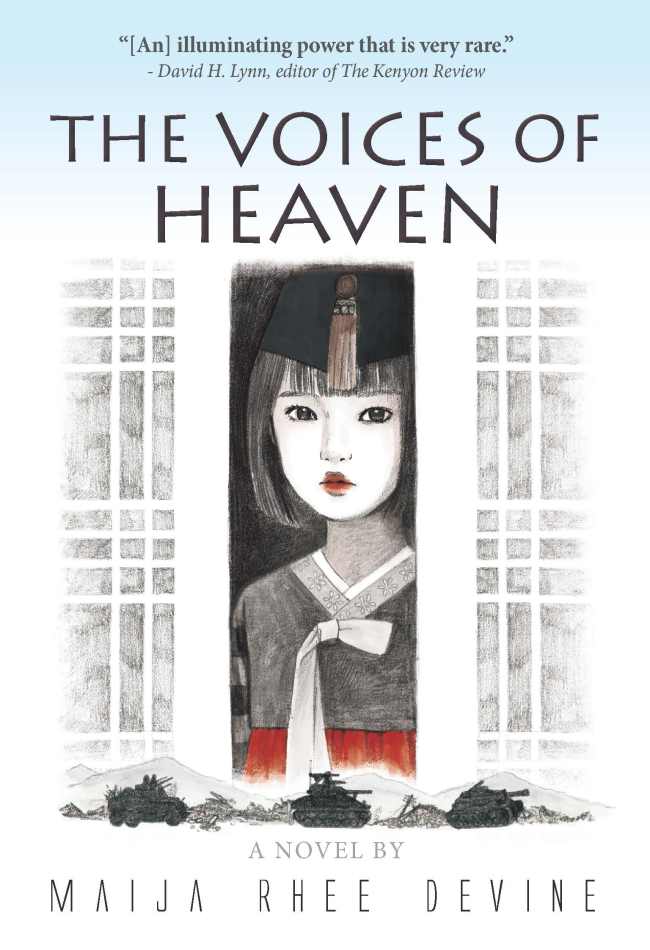 Maija Rhee Devine’s novel “The Voices of Heaven” (Seoul Selection)
The author’s recently published English-language novel, “The Voices of Heaven,” is based on Devine’s real-life experience going through the Korean War (1950-1953) as a young girl, as well as her family secrets deeply linked to pre-modern Korean Confucian values and practices.

The book was initially written as a memoir, but with her U.S. agent’s advice, she turned it into a novel. “My agent’s recommendation was it’s very difficult to market memoirs written by common people,” she said. “You know, you have to be Michael Jackson or Jackie Onassis or Barack Obama to sell memoirs.”

Devine was born as a fraternal twin. It was the shamanistic and patriarchal beliefs of her biological parents that sent her away as a baby. They thought a twin sister would take away the fortunes of her twin brother, hence dangerous to be raised in the same household.

The novel begins as Mi-na, a young girl, prepares for the arrival of her father’s mistress. The decision came as her mother did not bear a son, which was considered a primary duty of a married woman in the pre-war, Confucian period in Korea. Mi-na, Devine’s alter-ego, grows up under the care of her loving parents and the mistress, and eventually experiences the Korean War.

“I was in Masan, (South) Gyeongsang Province, during the war,” she said. “And things were in fact quite peaceful there. I in fact liked my life there so much more than the one I had back in Seoul before the war. I would play with grasshoppers. And most importantly, I was free from hearing ‘You should’ve been a boy’ ― I would hear that all the time from women in my neighborhood in Seoul.”

The author said the Korean War forced many local women to break away from the old patriarchal values, as most of their husbands were sent to the battlefield. “All of a sudden, they had to support their children and somehow earn money,” she said. “And even after the war, many of them had to continue supporting their children, as their husbands were either injured or never returned from the battlefield. The war was a horrific event ― there was no doubt about that. But at the same time, it allowed many women to lead independent lives (whether they wanted to or not).”

In real life, Devine’s birth parents and her biological siblings ― two older brothers and her twin as well as a younger brother ― lived in the same town as Devine’s family. They taught her how to swim and played Ping Pong with her, knowing she was their sister.

“I was the only one who didn’t know (the secret),” she said.

After learning the secret of her birth, Devine went off to the U.S. and went into denial for 25 years. She earned an M.A. in English literature from St. Louis University, and married her husband ― Michael J. Devine, currently director of the Harry S. Truman Presidential Library ― and made the U.S. her home. She reunited with her birth parents and siblings in 1995. Her twin brother is Seoul National University professor Rhee Jeong-jeon.

“Though we didn’t grow up together, we share a lot of similarities,” said Devine about her twin brother. “We both like Korean cold noodles, are good with languages and appreciate humor.”