“We have recently deployed scores of Spike missiles and vehicles to carry them to the border islands including Bangnyeongdo and Yeonpyeongdo,” an official at Seoul’s Joint Chiefs of Staff told reporters, declining to be named.

“In case of a contingency, the missiles can destroy the artillery hidden in caverns and is capable of searching for and striking mobile targets as well.”

Seoul has pushed for the deployment of these missiles to enhance the defense of the frontline islands since the North launched an unprovoked artillery attack on Yeonpyeongdo Island, killing two marines and two civilians. 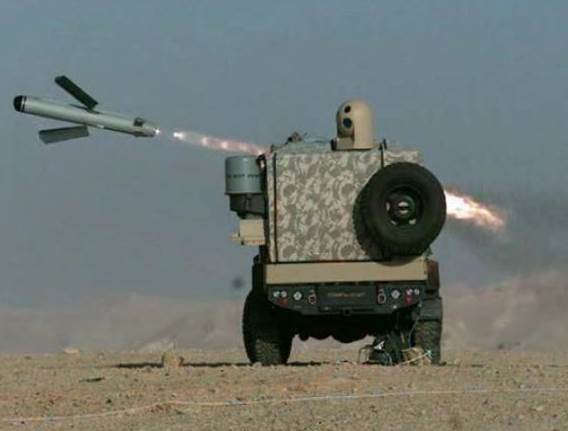 A Spike missile capable of launching precision strikes on North Korea’s coastal artillery pieces is tested. (Defense Ministry)
Weighing around 70 kg, the Spike missile with a range of around 20 km costs up to 300 million won ($268,456). Seoul initially sought to introduce the high-tech missiles in the latter half of 2012, but the plan was postponed due to delays in the testing procedures.

Other plans to increase weapons systems for the defense of the border islands have been delayed. Seoul’s plans to introduce tactical aircraft and upgrade maritime reconnaissance aircraft have faced some difficulties due to technical cooperation issues with exporters and other issues.