Lynn won his 10th straight decision, allowing one run and five hits in seven innings Wednesday to lead the Cardinals over the Cincinnati Reds 4-2.

Lynn (5-0) struck out five and walked two, improving to 10-0 in 10 starts and one relief appearance since losing to Milwaukee on Sept. 7. He became the NL’s first five-game winner. 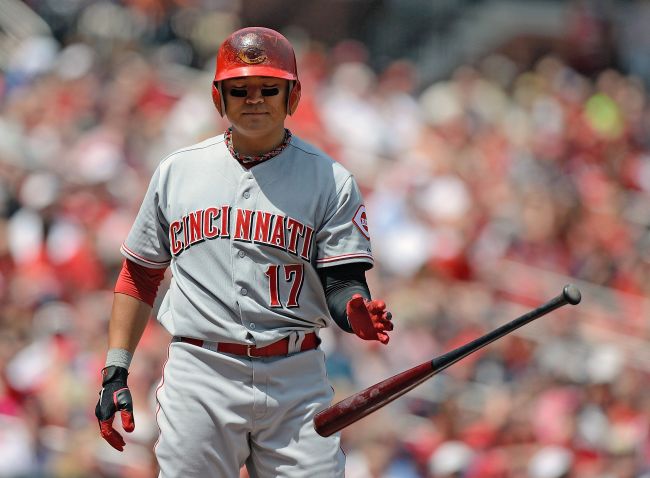 Cincinnati Reds center fielder Choo Shin-soo reacts after striking out in the fifth inning. The Korean went 0 for 4. (AFP-Yonhap News)
Leading the NL Central at the start of May for the sixth straight year, St. Louis has won six of its last nine. “To be able to pitch like this and win games, it feels good,” Lynn said.