Singers, musicians and comedians will perform before thousands of people invited to the inauguration ceremony in the morning.

K-pop sensation Psy and boy group JYJ will be among the entertainers who will help fire up the festive mood. 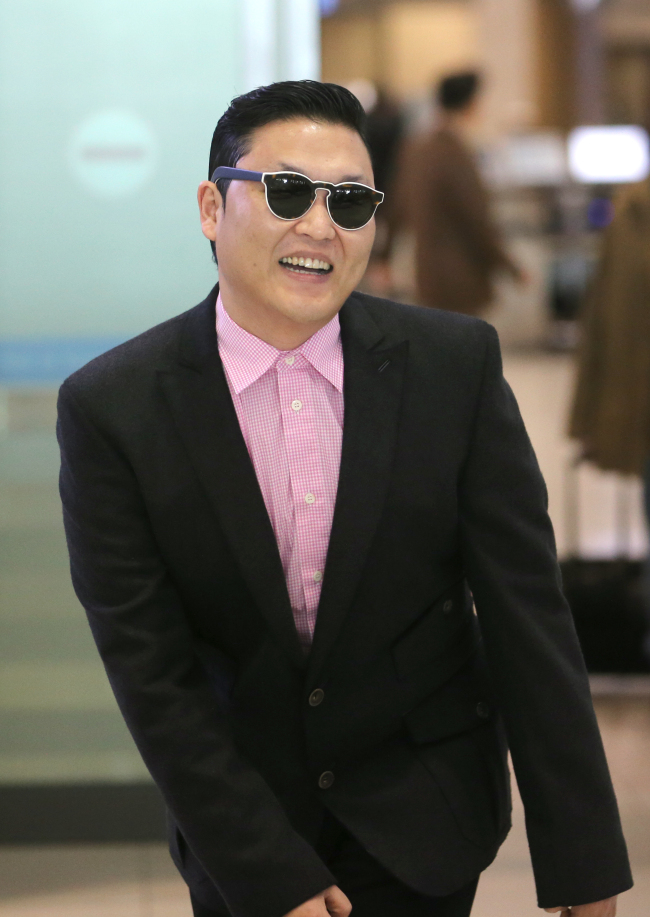 K-pop sensation Psy poses at Incheon International Airport on Sunday, a day before the presidential inguration ceremony, in which he is to perform to celebrate the start of the new government. (Yonhap News)
Soprano Sumi Jo will also take the center stage, singing the national anthem with baritone Choi Hyun-soo during the event at which Park Geun-hye will be sworn in as president.

A variety of performances are scheduled before Park arrives for the swearing-in.

Comedians from KBS’ “Gag Concert” will emcee the pre-ceremonial event. A team from the popular skit “Brave Guys” will stage a special performance between music performances.

Singers have been chosen to perform songs that represent each decade of Korea’s modern history.

K-pop boy group JYJ will represent the 1990s with the famous songs of Seo Taeji and Boys and YB’s “Oh, Victory to Korea,” a hit song of the 2002 World Cup in Korea.

Ulala Session, the winner of the audition program Superstar K3 in 2011, was requested to sing songs of the 1990s at the inauguration ceremony but, according to news reports, they turned down the offer from the presidential inauguration ceremony preparation committee as their leader Lim Yoon-taek died after battling gastric cancer on Feb. 11.

The official ceremony includes the swearing-in, followed by the march of the guard of honor, then the presidential speech and music performances.