Having devoted nearly three decades to politics, Lee has been considered one of Park’s very few men that could speak her mind as his own.

Entrusted to act as her “ultimate” spokesperson, Lee has been Park’s close ally for years, smartly tuning up his role from being an outspoken mouthpiece to a prudent confidante depending on the situation. 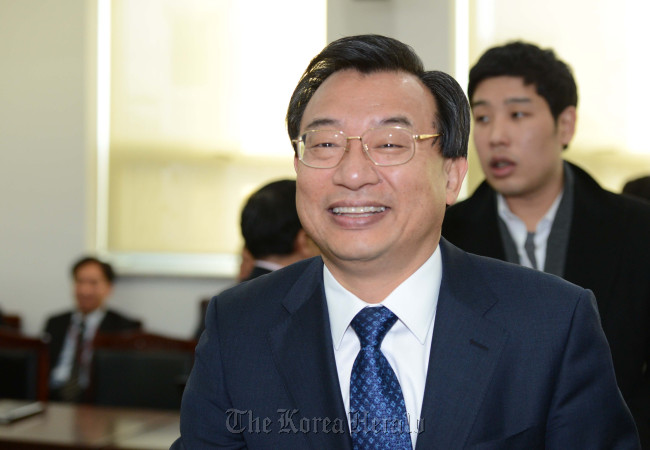 Immediately, he started daily press briefings ― something that no other of Park’s campaign team dared to do ― defended Park’s positions rigorously, and attacked her rivals relentlessly.

Upon Park’s election win on Dec. 19, Lee became her political affairs chief at the secretariat.

Lee, a graduate of Dongguk University, entered politics in 1984 as a rank-and-file member of the Democratic Justice Party. He mainly worked in the communications division and served as a proportional lawmaker between 2008 and 2012. His two other parliamentary bids in 2004 and 2012 in his native Jeolla Province, the opposition’s turf, failed.

Since their first encounter in 2004 as party chairwoman and member, Lee has stuck by Park’s side, even between 2008 and 2010, when a factional dispute pushed Park out of the spotlight.

In 2008, he published a book of Park’s quotations, saying he wished to “give an objective explanation to why Park was ‘it’.”

Now, as Park heads into her first year in office with aggravated public sentiment towards her uncommunicativeness, Lee promises to prioritize better communication with the public, civic groups and the media.

The difference now would ― and should ― be that he would be serving for the people, not only the president.