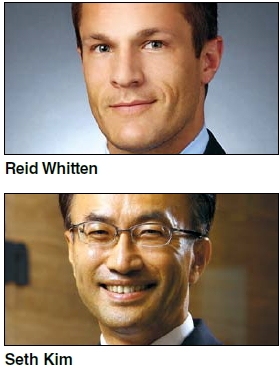 South Korea’s National Assembly Speaker Kang Chang-hee paid a courtesy visit to the President of Myanmar, Thein Sein, recently. The two sides discussed ways to deepen the two countries’ ties, and agreed to boost a wide range of areas including cooperation in trade and politics.

The visit reinforces how much South Korea values Myanmar as a strategic center for increasing opportunities for South Korean businesses. Presently, more and more Korean companies are looking to establish a presence in Myanmar, with thoughts of new opportunities that await in the rapid opening of the nation. To kick off 2013, there are a few things that Korean companies may not be aware of as they approach a country offering great potential for growth but which is also pitted with potential legal challenges.

Myanmar’s law on foreign investment is changing rapidly. On Nov. 2, 2012 a sweeping Foreign Investment Law was finalized and signed by President Sein. The implementing regulations will not take effect for 90 days, but when they do, the changes under the FIL should be substantial and the benefits for foreign investors significant. It is noteworthy that the following terms could be highlighted in the FIL.

First of all, there are no minimum capital requirements. Unlike earlier drafts of the FIL, which required $5 million minimum capital from foreign investors, the final legislation contains no fixed minimum, allowing joint venture partners to agree on their own amounts, subject to review by the Myanmar Investment Council.

Second, 100 percent foreign ownership of businesses is allowed. Foreign entities may own all of a company organized to do business in Myanmar or may form joint ventures with local partners and agree on any ownership percentage the partners choose. This provision does not apply to companies working in restricted or prohibited sectors of Myanmar’s economy. Those sectors will be designated by the Myanmar Investment Council or are already restricted by other laws such as the State-Owned Economic Enterprises Law, which restricts foreign ownership in the oil and gas, telecommunications, banking and insurance sectors.

Third, the period of exemption from corporate income tax is extended to five years from the previous three to encourage foreign investment. The law also includes tax breaks on imported tools and equipment for establishing or expanding a business, as well as on raw materials imported for use in commercial production.

While the announcement of the FIL was well received in the global business community, Korean companies must understand that the legal system in the country is still struggling. The legal system in Myanmar is opaque at best; the institutions and infrastructure that support law enforcement and recourse to legal protections are not well developed; bribery is endemic to the country’s bureaucracy; and there is an almost complete lack of rule of law in certain parts of the country.

As with any new investment, the more one knows ahead of time, the safer one can feel about making the investment. Myanmar promises new resources and untapped markets for businesses around the world. Korean companies that understand the nuances of the country, its culture and law, its potential and perils, will be best positioned to have a happy New Year in 2013.

By Reid Whitten and Seth Kim