Lest her appointee get caught up in the political scrutiny by the opposition bloc, Park emphasized Thursday that her choice was based on Kim’s judicial integrity as a former Constitutional Court chief.

But, as admirable as his career has been ― becoming the country’s top judge despite his disability ― reports are suggesting that Kim may just be joining the list of fathers who chose to look the other way when it comes to their children. 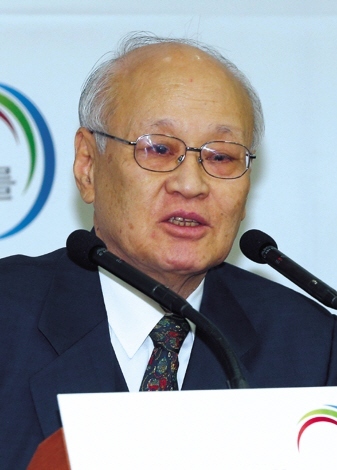 Kim Yong-joon
Kim’s two sons ― now in their mid-forties ― were each exempted from the military service in their twenties for being underweight and having suffered from gout.

Citing how the two causes were the top reasons used to dodge military conscription at the time, critics are suggesting that their cases are questionable. His eldest son, now a lawyer, works at Nexus Law Group, which Kim is a counsel for. The firm is headed by Kim’s son-in-law Choi Young-ik. His second son is a professor.

Reports also allege that his two sons acquired property now worth billions of won when they were 6 and 8 years old in the 1970s, an apparent inheritance transaction if found true.

Kim is to undergo the National Assembly’s hearing early February. The main opposition Democratic United Party is already vowing to be tough on him.

Nominees being trapped by privileges given to their relatives has long been a recurring trend in high-level appointments, causing chronic public distrust toward the person who nominated them.

The Prime Minister’s Office, responsible for preparing for Kim’s hearing, said Sunday it was looking into the allegations but had so far found them to be groundless.