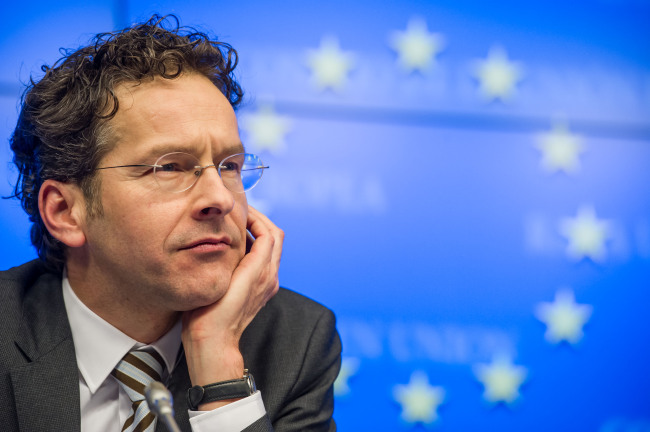 Elected to head the group of eurozone finance ministers Monday, the Dutch finance minister has sided with Germany and other northern eurozone states who insist on austerity for countries needing bailouts.

He is also a social democrat like the government in France, the EU’s other major power player.

But perhaps the key factor driving his acceptability is his novelty ― Dijsselbloem has headed the Dutch finance ministry for just two months, after involvement in education, health and immigration policy.

In practice, his job may involve more bargaining skills than financial theory. In this, observers generally rate him well, describing him as confident and serious about his work, but likeable.

He also has an eye for easy gains in political capital, promising to help tax authorities in Greece by notifying them of Greek yachts moored in Dutch harbors.

That thinking comes as the eurozone appears to have turned a corner.

A year ago, common thinking was that the eurozone would be seeing the beginning of the end by now. But successful fire fighting has meant that doomsayers have begun to recognize a faint light at the end of the tunnel.

“We need to keep the momentum going, to ensure we retain the confidence we managed to regain in a lasting manner,” Dijsselbloem said in a letter to the Eurogroup before he was elected to lead it.

“Our focus needs to shift from crisis management to delivering and implementing sound medium-term policies.”

But if an end to Europe’s crisis is in sight, an end to its hard times is not. A balancing act between north and south at the best of times, Dijsselbloem’s new job will be a tough one with no easy options.

This is something he has acknowledged.

He is known as one of a political clique known as the “Red Engineers,” so named for the red jumpsuits they campaigned in and their educational background at technical universities, but he has contrasted himself with another scarlet-clad character from the Netherlands.

Describing himself as a reverse Father Christmas, he told a Dutch newspaper that “I have to make sure that no presents are handed out, and that everyone pays up on time.”