[ The Korea Herald – Send E-mail ]
[Newsmaker] Resignation of Park's aide fuels speculation
By Korea Herald
Published : Jan 14, 2013 - 20:42
Updated : Jan 14, 2013 - 21:36
The sudden resignation by one of President-elect Park Geun-hye’s top security and deplomacy aides from her transition team is sparking speculation about the reasons, ranging from a policy rift or personal irregularities to dismissal for an information leak.

The takeover team confirmed Sunday that Choi Dae-seok, a key architect of Park’s policy to engage North Korea, quit the subcommittee on defense, unification and foreign affairs the previous day.

Neither gave the reason of his departure. Speculations were fueled after it was reported that Choi suddenly left a meeting on Saturday and then said. “I have not done something wrong, but I am to take responsibility.”

Transition committee spokesman Yoon Chung-jung said Choi quit for “personal reasons” and that Park immediately accepted his resignation. The team decided to withhold further information for the time being under the directive of Park. 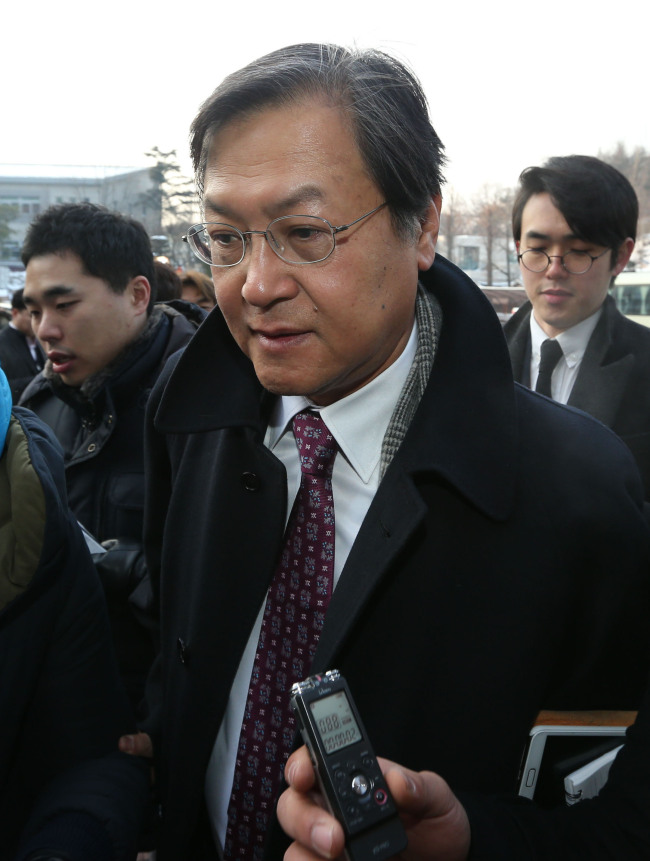 Choi Dae-seok
Choi, director of the Institute of Unification Studies at Ewha Womans University, has maintained close ties with the president-elect.

The academic is one of the founding members of Park’s diplomacy and unification team, and played a role in launching Park’s think tank Nation’s Future Research Center in 2010.

With no explanation forthcoming from the transition committee, speculation has pointed to friction with bureaucrats on the subcommittee and personal issues as the reason for the resignation.

Last week, information that the transition team was discussing plans for a new national security team with the presidential office was leaked to the media.