J.R. Smith scored 15 of his 20 points in the second half and the Knicks outscored San Antonio 44-31 during the last 17 minutes at Madison Square Garden.

Steve Novak nailed five of seven shots from three-point range while Tyson Chandler finished with 10 points and 14 rebounds as the Knicks avoided their first three-game losing streak of the season. 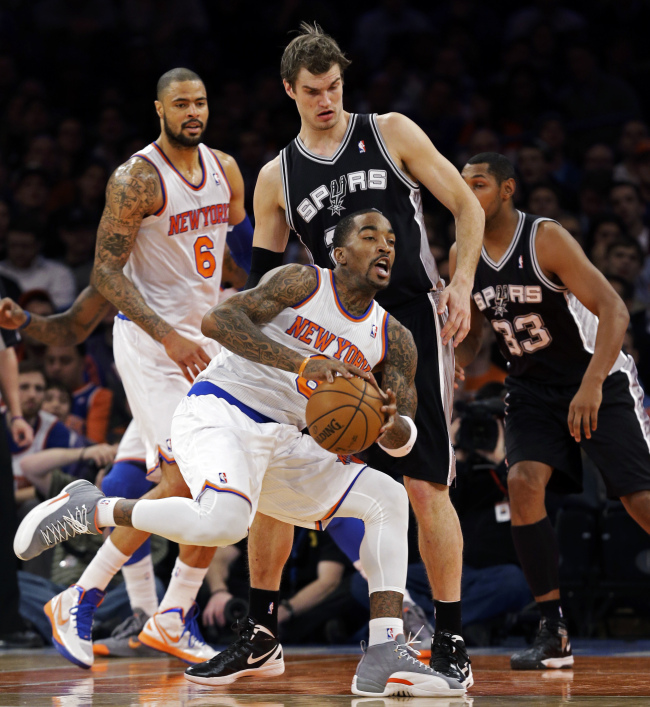 The Spurs lost forward Stephen Jackson after he injured his right ankle in a strange collision ― stumbling into a waitress who was kneeling at courtside directly in front of New York Mayor Michael Bloomberg in the first quarter. It was not clear if she was taking Bloomberg’s order.

Jackson left the game immediately and did not return.

Clinging to a 56-52 edge with five minutes left in the third quarter, the Knicks stepped it up at the end of the period before dominating the fourth.

San Antonio closed to within 66-60 on a Danny Green basket with 29 seconds left in the third quarter, but New York then went on a 16-2 run to put the game out of reach.

They began the second quarter with an 8-2 run capped by a Chris Copeland three pointer that stretched the lead to nine points.