At the center of the controversy is Yoon Chang-jung, a journalist-turned-columnist with vulgarity to match his radical conservativeness.

Park’s appointment of Yoon as her senior spokesperson on Dec. 24 came as a complete surprise to all.

Yoon was one of the most active columnists during the election, making such over-the-top comments as calling progressives “anti-Korean forces,” or former conservatives supporting the opposition “political whores.” 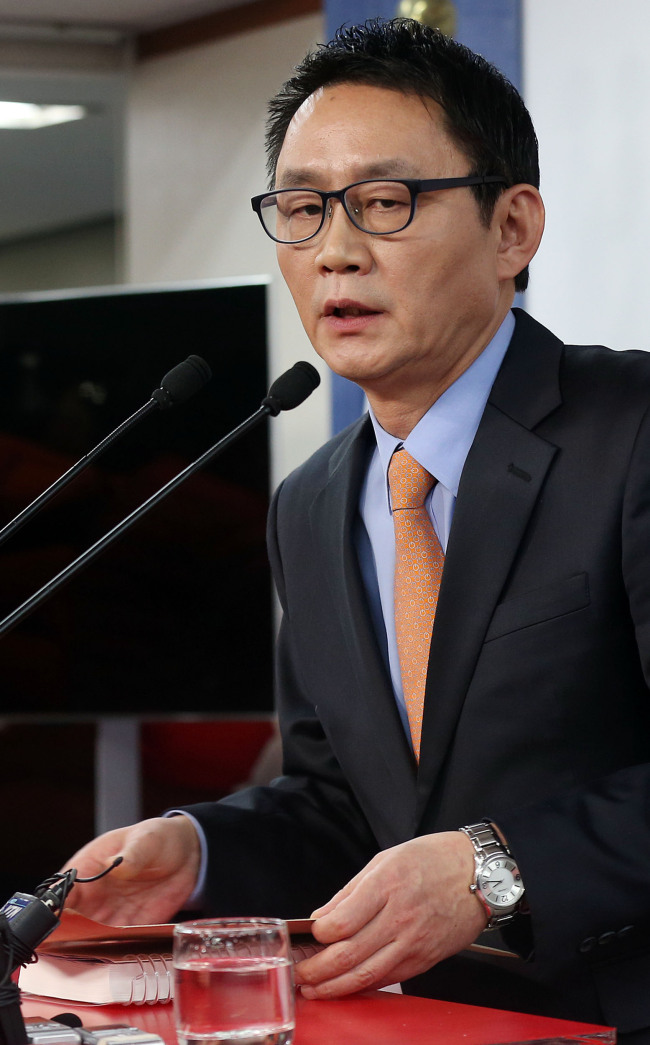 Yoon Chang-jung
His appointment shocked the Saenuri Party as well, as he was given a position senior to hard-working Park Sun-kyoo and Cho Yun-sun, who had stood by Park throughout the tumultuous campaign period.

Some of Park’s own men have recently joined the opposition’s protest.

Yoo Seung-min, Park’s former right-hand man, said, “He is excessively leaned to the right. He should voluntarily step down.”

The party’s former ethics committee head Rev. In Myung-jin also criticized the decision, saying, “(Yoon) should have turned down the offer as he knows he is unfit for the job.”

Some also blamed the secretive and isolated manner of Park’s personnel decisions, leaving her little room to fully verify candidates.

As his new job invited backlash, Yoon offered an apology for his past comments. Possibly due to his presence overshadowing other issues, Yoon has also been seen rarely in public, only delivering just a couple of official press conference so far.

It is pretty clear that this whole jab is not really about what Yoon did individually, exercising his freedom to express his opinion as a columnist, but what his position stands for.

His appointment has prompted growing uncertainty over the genuineness of Park’s unity mantra, which comes at a time of sharp ideological division. That is why the “apology” from Yoon is seen as far from relevant.