[ The Korea Herald – Send E-mail ]
[Newsmaker] Park’s aide versed in policy, not tied to partisan politics
By Korea Herald
Published : Dec 25, 2012 - 20:44
Updated : Dec 25, 2012 - 20:44
President-elect Park Geun-hye’s first choice of her senior aides was a lawmaker versed in tax and fiscal policy and without a distinctive factional hue.
Rep. Yoo Il-ho, 57, a two-term lawmaker of Park’s conservative ruling Saenuri Party, will serve as her chief of staff, assisting the incoming leader in shaping the new government in the next two months.

His has a powerful post, controlling access to the president-elect, managing her schedule and also developing policies of the next administration. 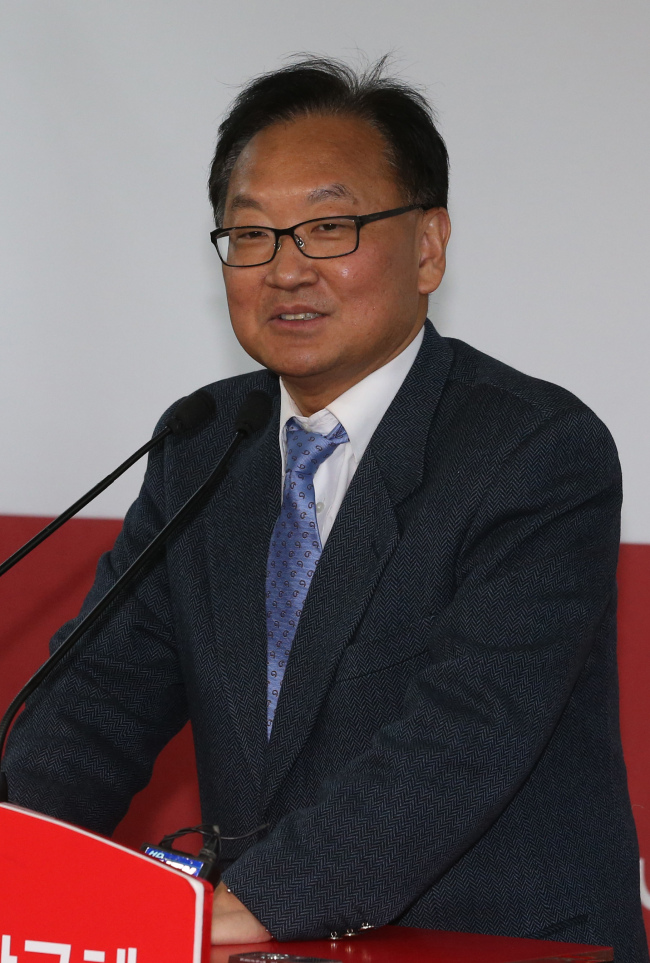 Yoo Il-ho
“(Informing me of the appointment), the president-elect mentioned my having principles on (economic) policies,” the lawmaker told reporters at the party’s head office in Seoul on Monday, shortly after the announcement of his appointment.

“I understood that she wanted me to help the transition team realize her pledges.”

Many political watchers see the selection of Rep. Yoo as a signal that Park will fill key posts in her transition team with policy craftsmen, rather than divisive political figures.

Within the Saenuri Party, Rep. Yoo has been seen as a neutral figure in the rivalry between two major factions, each led by Park and outgoing President Lee Myung-bak.

During Park’s presidential campaign, the lawmaker took charge of the party’s Seoul chapter.

Rep. Yoo was a renowned tax and fiscal policy specialist before winning a parliamentary seat in Seoul’s Songpa district on the conservative ruling party’s ticket in 2008. He was reelected in the same constituency in April this year.