[ The Korea Herald – Send E-mail ]
Choo and Ryu part of WBC provisional roster
By Korea Herald
Published : Nov 12, 2012 - 20:19
Updated : Nov 12, 2012 - 20:19
Outfielder Choo Shin-soo, the only South Korean playing in Major League Baseball, and pitcher Ryu Hyun-jin, in negotiations for a major league contract with the Los Angeles Dodgers, were among 28 players named on Monday to the country’s provisional roster for the World Baseball Classic next year.

The Korea Baseball Organization unveiled a list of 13 pitchers, two catchers, eight outfielders and five infielders for the international competition. 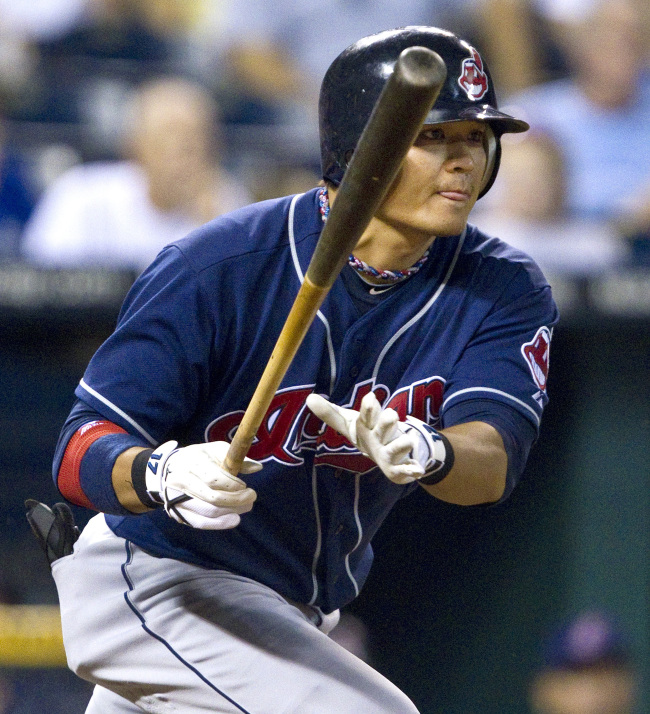 Choo Shin-soo (File photo)
Choo, a right fielder for the Cleveland Indians, has posted two seasons of at least 20 home runs and 20 steals in the big leagues.

The Dodgers recently won the exclusive rights to negotiate with Ryu, after submitting a bid of about $25.7 million in posting.

Ryu, a 25-year-old left-hander, won the league MVP and the Rookie of the Year honors in 2006 and has been one of South Korea’s most dominant starters since.

South Korea finished third at the inaugural WBC in 2006 and was runner-up to Japan at the 2009 tournament.

The availability of Choo and Ryu, however, remains murky. Upon returning home from the U.S. last month, Choo told reporters that he needed to discuss his playing in the WBC with the Indians.

Their new manager, Terry Francona, may want to hold back some key players for the spring training that overlaps with the WBC, Choo said.

Should Ryu reach a contract with the Dodgers, the big league club may seek to keep the pitcher in training camp to get ready for his first major league season. (Yonhap News)