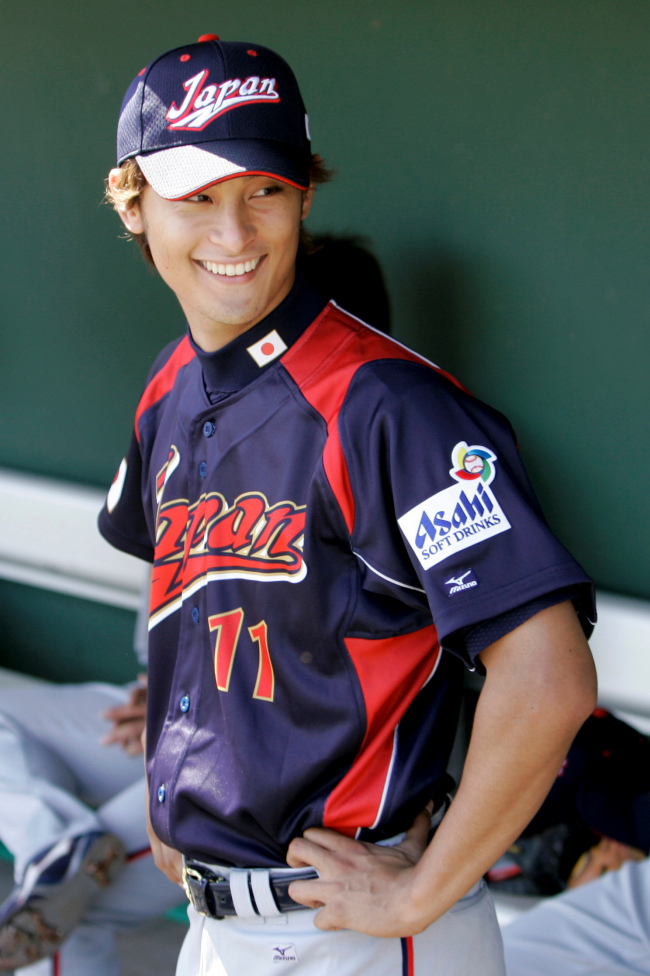 Yu Darvish (File photo)
Yu Darvish decided that he won’t pitch for his native Japan in the World Baseball Classic next spring, and will instead focus on preparing for his second season in the major leagues.

The Texas Rangers right-hander issued a statement that he made the decision after much deliberation, including consultation with his coaches and trainers.

“Given my substantial workload over the last few seasons and the numerous changes I’ve endured in my move to the United States, I have decided with my team of advisers that getting ample rest is the most important thing for me right now as I prepare for the 2013 season,” Darvish said. “My ultimate goal is to help win a World Series with the Texas Rangers and to share that accomplishment with the great baseball fans in Japan.”

Darvish pitched for Japan in the 2008 Beijing Olympics, then helped his home country win its second consecutive World Baseball Classic title in 2009. He went 2-1 with a 2.08 ERA and 20 strikeouts in 13 innings while pitching five games in the WBC. He was on the mound for the final out in the championship game against Korea.

In the statement issued through his representatives, Arn Tellem and Don Nomura, the 26-year-old Darvish called it a “a very difficult decision” because it’s a tremendous honor to represent Japan.

“I greatly enjoyed being a part of the 2009 championship ballclub and I will be supporting this year’s team as they look to defend their title,” he said. “There are many very talented players in Japan and I am confident this team will uphold Japan’s great tradition in this event.”

Darvish was considered Japan’s top pitcher when he signed a contract last January with the Rangers, who were coming off consecutive World Series appearances when they committed more than $107 million to acquire him.

After paying a record $51,703,411 posting bid for exclusive negotiating rights, Texas gave him a six-year deal that guarantees him $56 million.

In 29 regular-season starts for Texas, Darvish went 16-9 with a 3.90 ERA and 221 strikeouts in 191 1/3 innings. He was an AL All-Star for the Rangers, who won 93 games. Darvish was the losing pitching in the AL wild- card game against Baltimore. He allowed three runs over 6 2-3 innings.

The Rangers released a statement Tuesday night saying they “support what had to be a very difficult decision for him to make.” (AP)