[ The Korea Herald – Send E-mail ]
[Newsmaker] Bloomberg blinks on NYC marathon
By Korea Herald
Published : Nov 4, 2012 - 20:23
Updated : Nov 4, 2012 - 20:36
A call to carry on as normal in a time of crisis can be taken as an invocation of hope and strength. Or it can be interpreted as insensitivity to others’ plight. New York City Mayor Michael Bloomberg learned the latter on Friday when a public outcry forced him to cancel this year’s New York City Marathon in the city still recovering from Hurricane Sandy. Just hours earlier, Bloomberg had pledged the world’s biggest marathon would go ahead as planned.

The billionaire mayor had argued that holding the race would inspire optimism and boost business in the city. Praising previous mayor Rudy Giuliani’s decision to hold the annual marathon just two months after the Sept. 11 terrorist attacks in 2001, Bloomberg said, “It pulled people together, and we have to find some ways to express ourselves and show our solidarity with each other.” 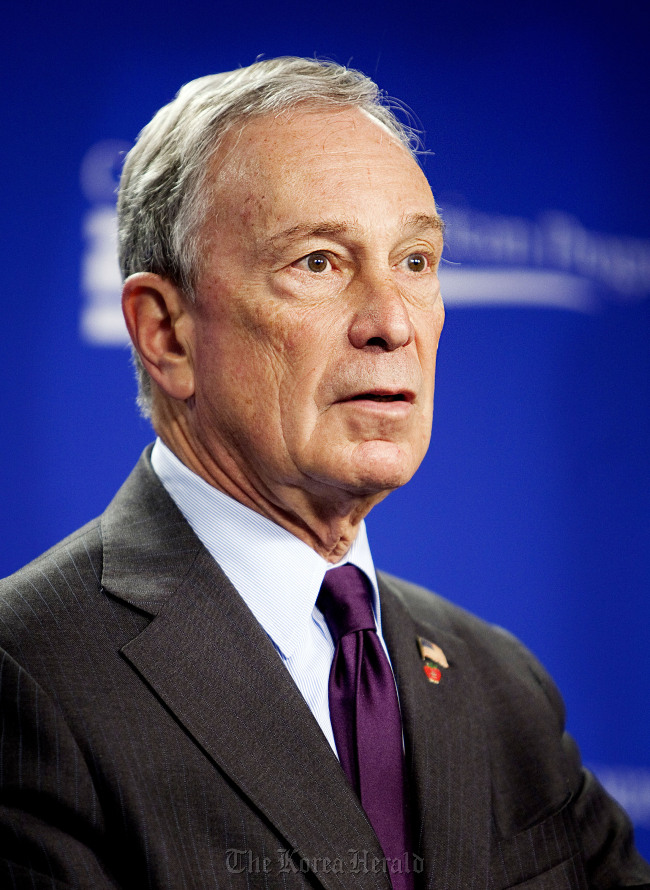 New York City Mayor Michael (Bloomberg)
But his argument failed to allay concerns that managing the event would divert resources away from recovery efforts, and led to accusations of insensitivity in the face of ongoing suffering. The race’s starting point, Staten Island, was among the boroughs hardest-hit by the storm.

Explaining his reversal, Bloomberg, who on the previous day endorsed President Barack Obama for reelection, said the race had become a source of division, but insisted it would not have impacted on storm relief.

If the Republican-turned-independent is correct on that point, then his original rationale was sound. The best response to adversity is refusing to allow it define your life’s path ― in as far as possible. Americans, who often pride themselves on a rugged optimism, largely appreciate this attitude.

Bloomberg’s mistake, then, was in not making a decisive choice and sticking to it. The greatest leaders listen to public opinion but have the courage to defy it. The public ultimately often comes to respect them more for it.