Kim’s “Pieta,” which had been nominated for six awards, including best director and best picture, received the best actress award. Director Kim was given a special jury prize for the bleak morality tale, but left the venue before his name was announced. Kim is said to have left for “health reasons,” and the film’s producer Kim Soon-mo received the prize on his behalf. 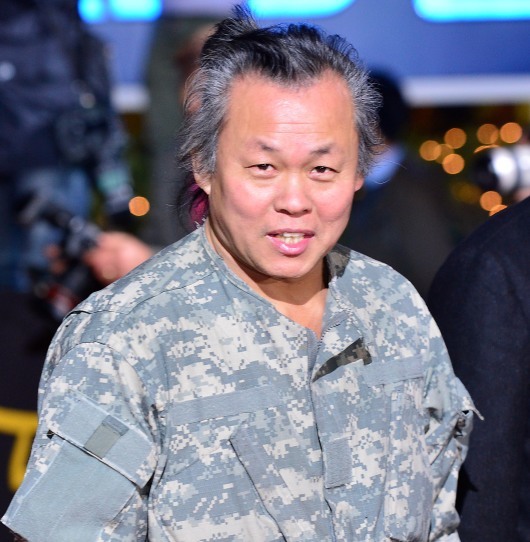 “He left out of the blue without telling any of us,” said Park Jun-kyung from NEW, the local distributor of “Pieta.”

Producer Kim was unavailable for comment. NEW said they are not sure whether Kim had been notified from the organizers about his winning of the special jury prize. Many local media outlets have speculated that Kim left the venue as he was upset about not winning other awards that “Pieta” had been nominated for.

“Gwanghae” tells the engaging story of King Gwanghae, the 15th ruler of Joseon (1392-1910). Mega hallyu star Lee Byung-hun played dual roles for the film, as the king and the fictional Ha-sun, a street actor who ends up standing in for the ruler when he is poisoned and taken ill.

The movie surpassed the 10 million mark in attendance earlier this month, becoming the second local film this year to reach the milestone after “The Thieves.” Its producer and distributor CJ E&M spent 3 billion won just on the marketing of the film, on top of 6 billion won spent on production. The company was criticized for its hold on theaters for the movie, as CJ CGV, the largest multiplex chain in Korea, is its division.

Actor Lee, who could not attend the ceremony at the KBS Hall as he is shooting a Hollywood action-comedy “Red 2” in London, England, received two prizes for the role in the film: the best actor and special popularity prizes.

“I’d like to thank all the crew members, actors and actresses,” said director Choo after receiving the best director prize on Tuesday.

“I’d also like to thank all the viewers of this film, as well as my loving parents and my wife.”

Meanwhile, actress Cho Min-soo won the top prize for her role in Kim Ki-duk’s Venice-winning film “Pieta.” In the film, she starred as the mysterious woman who visits a loan shark and claims to be his long-lost, biological mother. 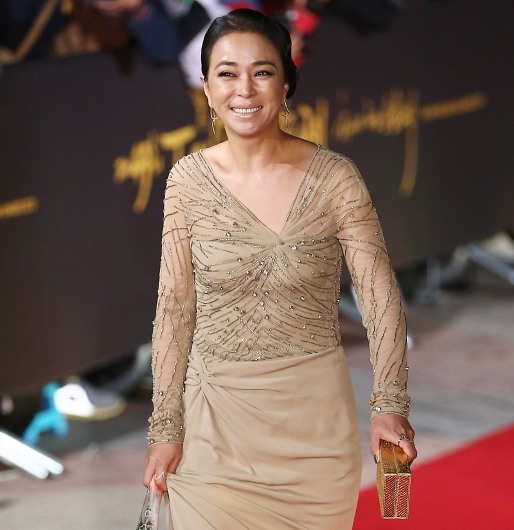 Cho Min-soo walks the red carpet at the 49th Daejong Film Awards at KBS Hall on Tuesday. She won Best Actress for her performance in Kim Ki-duk’s “Pieta.” (Yonhap News)

“I wouldn’t be standing here if I did not work with director Kim, my co-star Lee Jeong-jin, and the 24 crew members of this movie,” the actress said after receiving the best actress prize. “This film ‘Pieta’ has given me so many precious memories.”

“This is such an honor and I’m overwhelmed,” said Kim, tearing up. “I’d like to thank those who have been very supportive.”

Actor Kim Seong-kyun, who starred as the serial killer in Kim Hwi’s thriller “The Neighbor” won the best new actor for the role.

Actor Ryu Seung-ryong won the best supporting actor prize for his performance in “Gwanghae,” while actress Kim Hae-sook won best supporting actress for her role as one of the thieves in Choi Dong-hun’s star-studded blockbuster “The Thieves.”

Meanwhile, film producer and director Kimjo Gwangsu openly criticized the juries and organizers of the awards via his Twitter account, calling the annual event unfair.

“I think it’s rather a dishonor to win the prizes,” he wrote. “Anyone who can actually think in the film industry would not care about the awards.”