The court sentenced him to four years in jail, reduced to one year under a law ― introduced, ironically by his political opponents ― to reduce prison overcrowding.

He may never serve a day. Berlusconi is entitled to two appeals before the sentence can take effect, a process that could last beyond the statute of limitations for the crime, which ends next year. 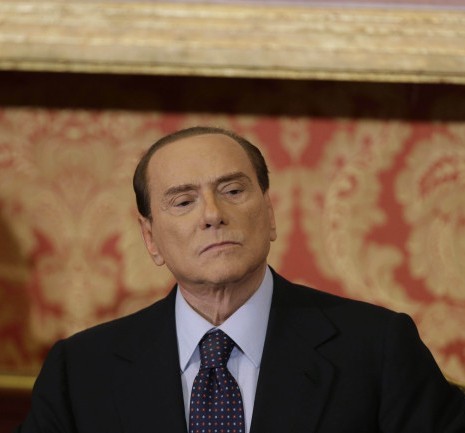 He was convicted of false accounting in 1997, but later acquitted. Subsequent corruption charges were thrown out due to the statute of limitations expiring. Currently he faces charges of paying for sex with an underage prostitute.

The trial that convicted him Friday took six years, suffering frequent delays as Berlusconi sought ways to grant himself immunity from prosecution.

But his resistance ended when he was ousted last year amid public antipathy for his lack of response to the financial crisis. With his party unraveling, his political magic appears to be waning.

His career was sustained by charisma backed with business savvy. A media mogul, he showed a knack for appealing to the common man, naming his party Forza Italia after a football chant sung by the team he owned, AC Milan.

But this charisma is divisive. Supporters admire his frank and to-the-point style of communication. Those less keen on him might describe this style differently: He speaks his mind and it doesn’t take him long.

Berlusconi’s popularity has mystified those outside Italy, where he is better known for calling U.S. President Barack Obama “sun-tanned,” appointing models to political positions and his hide-and-seek high jinks with German Chancellor Angela Merkel.

He has exhibited delusions of grandeur, comparing himself with Napoleon, and even Jesus, but a meaningful return to politics may be one resurrection too far.

Outside the country he will likely be remembered as a cartoonish figure ― the ridiculous letch who aimed pelvic thrusts at an unsuspecting traffic warden while she was ticketing a car.

Those suffering in Italy’s struggling economy and rampant corruption may remember him in more sobering ways.