Dogged by rising internal protest against her controversial appointments, Park finally listened to her associates’ recommendation that she bring back Kim, a Busan native with tenacity to match his formidable physique.

People, and not just the Saenuri Party members but also journalists, call him “Moodae,” short for Moo-sung Daejang. “Daejang” means boss in Korean. His nickname goes all the way back to the 1980s, when as a businessman he supported his juniors and associates at the height of the democratic movement. 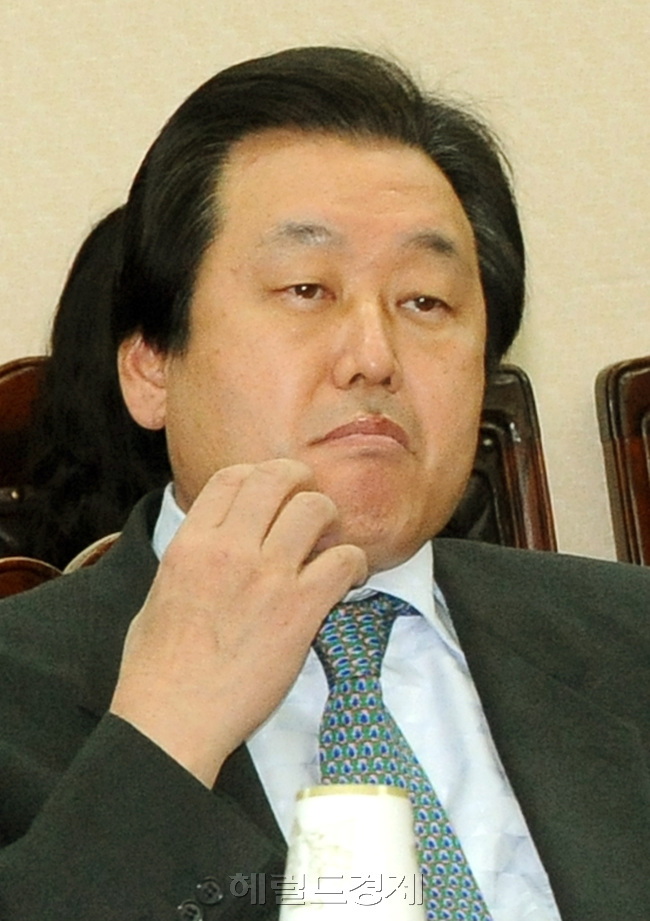 Kim Moo-sung
Kim soon after entered politics by helping former President Kim Young-sam in his presidential campaign in 1992. He later won his first parliamentary seat in 1996 on the ticket of the New Korea Party, a precursor to the Saenuri Party, and served four terms.

Although the Saenuri Party did not nominate him in the latest parliamentary elections, the formerly pro-Park member stuck by it in the April general election, helping the campaign in his home turf and hence regaining the trust of Park despite their past fissures.

Kim’s return as the head of Park’s campaign headquarters is a revival of 2007, when he helped Park in her first presidential bid as her right-hand man.

Now, Park hopes Kim will exert his charisma and sociability overreaching all factions to sooth over the internal cracks for a successful second try.

Kim’s staunch conservativeness, however, has consistently been the subject of his opponents’ attacks. The latest flare-up was over his claim last month that former President Roh Moo-hyun had not participated in the 1987 democratic movement. It sparked furious rebuttal from the progressives.

It remains to be seen whether Park’s choice of Kim for the sake of harmony on the inside will backfire against her arduous rally for younger voters on the outside.