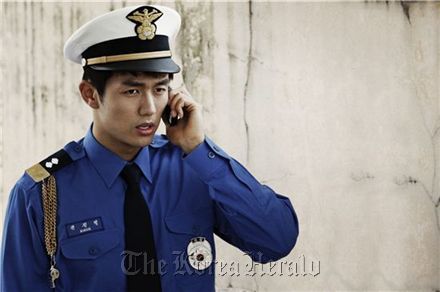 A scene from “26 Years”
The number of participants in a rare fundraising campaign for a local film project has topped the 10,000 mark, the movie’s production company said Monday.

The project to make “26 Years,” a new film based on a famous Webtoon by Kang Pool featuring the 1980 Gwangju people’s uprising for democracy, has drifted for years due to financial problems.

This situation prompted Cheongeorahm Film, a local movie studio that organized the project, to launch a campaign among citizens on June 25 to raise the money necessary to make the film without investment from large conglomerates.

It is very rare for a commercial feature film to raise funds to cover its production costs through an open fundraising campaign, according to the moviemaker.

The amount is slightly lower than “Bridegroom,” an American documentary project that became the highest-funded film in the history of Kickstarter, the world’s largest Web site for raising funds for art projects, with $384,376 on July 24.

The film’s shooting has been under way since July 19 thanks to the large response to the fundraising campaign, according to the moviemaker. Directed by Jo Geun-hyeon, “26 Years” is set to open in the second half of this year.

The uprising in Gwangju, about 320 kilometers from Seoul, was crushed in a bloody government crackdown. The regime of then-President Chun Doo-hwan, who took power through a military coup in 1979, dispatched paratroopers and tanks to brutally put down the revolt.

According to government data, about 200 people were killed and 1,800 others wounded in the uprising. But unofficial figures put the death toll at more than 2,000. (Yonhap News)