“Nothing has been set in stone,” the singer said about his career opportunities in the U.S., upon his arrival at Incheon International Airport on Saturday.

“I think there will be a lot of fun events in future.”

Psy, whose title track of his latest album “Gangnam Style” has received sensational reviews worldwide since its release last month, flew to Los Angeles on Aug 15. 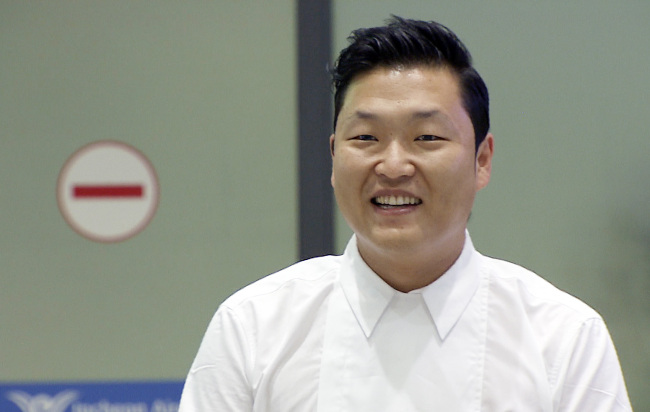 Singer Psy arrives at Incheon International Airport on Saturday. (Yonhap News)
There he reportedly had a personal get-together with Braun, who also runs his own label Boy Records and a joint label-and-media company Raymond Braun Media Group with pop star Usher.

“Psy has been scheduled to do a number of things in Korea including shooting some commercials,” said YG Entertainment, Psy’s local agency. “Once he’s finished with all of that, he’ll make another trip to the U.S. early next month. We cannot reveal any details, but the next trip will be about something promising.”

Psy’s “Gangnam Style” music video has racked up more than 55 million hits on YouTube since its release.