From newspapers, television to the Internet, the birth of new media has introduced novel ways for advertisers to market brands and products over the years.

The Internet, for instance, has offered new ad solutions such as Web banners and search advertising.

The emergence of smart devices and Long Term Evolution is about to launch a new era of mobile video advertising that will offer a lot more interactivity with consumers than existing ad applications.

And Semantic Rep Holdings, a Korean ad software developer, aims to take the lead in mobile advertising by offering its own set of proprietary solutions as Google has done in search advertising. 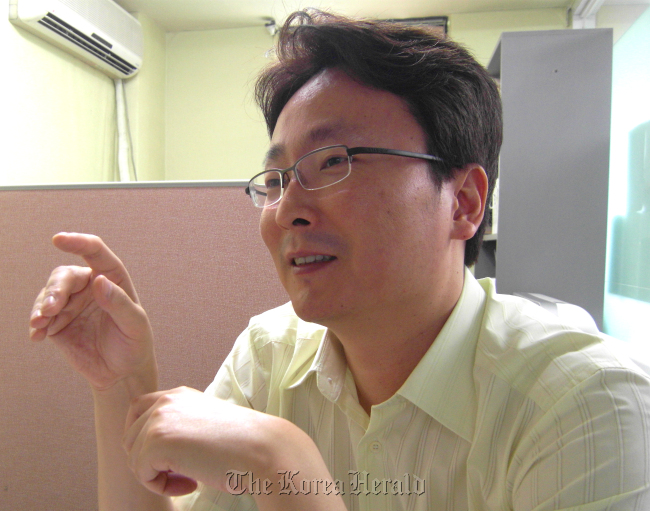 For instance, consumers might see a video ad for Pantech Vega Racer 2 fade in while reading an article about smartphones, or see an ad for Hyundai Motor on an Internet page about cars.

The company also has applications that feature video ads to interact with and guide consumers to promotional sites where they can learn more in-depth about brands and products, or to make calls for more information after watching the ads.

Such ads offer more flexibility and efficiency for advertisers, while giving more choice to consumers than traditional advertising methods people usually see on TV, YouTube or in the newspaper.

“The company can be seen like an automobile manufacturer that offers a variety of cars, but in our case, ad solutions. It is up to advertisers how they want to ‘drive’ or use those solutions and tools to maximize the exposure of their products,” Kim said.

In a survey of some 5,000 consumers by the Korea Communications Commission and the Korea Internet & Security Agency, about 50 percent had been exposed to such interactive and mobile fade-in ads, while one in four among those exposed had clicked on those ads. More than 70 percent said such ads on the Internet and mobile devices offer better experience and knowledge of products when compared to other media such as TV and newspapers.

It is expected that the online advertising market will outperform TV and newspaper, or old media ads, by next year.

Kim said that with its solutions, Semantic Rep is aiming to venture abroad especially in the U.S., the world’s biggest ad market, where campaign advertising is on the rise due to the presidential election this year.

The company is in talks with a U.S. marketing firm for a merger and acquisition or strategic partnership to raise funds for expansion.

This M&A deal will lead Semantic Rep to sell to the U.S. company and become its Korean subsidiary should both sides make substantial progress in their negotiations, Kim added, without disclosing the name of the potential U.S. buyer.

However, he noted that the U.S. company also has business in mobile advertising.

Kim established Semantic Rep in December 2009 as a means to develop and introduce domestically-made advertising software to Korean advertisers, which have been heavily dependent on foreign applications, he said.

Clients such as Pantech and the United Nations Children’s Fund have used the company’s ad solutions.