“If you look forward a few years, and you say, ‘Gosh, if Hyundai can figure out their capacity constraints, and if Hyundai could invest on the truck and crossover side as they have on the car side of the business,’” Krafcik said, then “the brand could have a pretty good future going forward.” 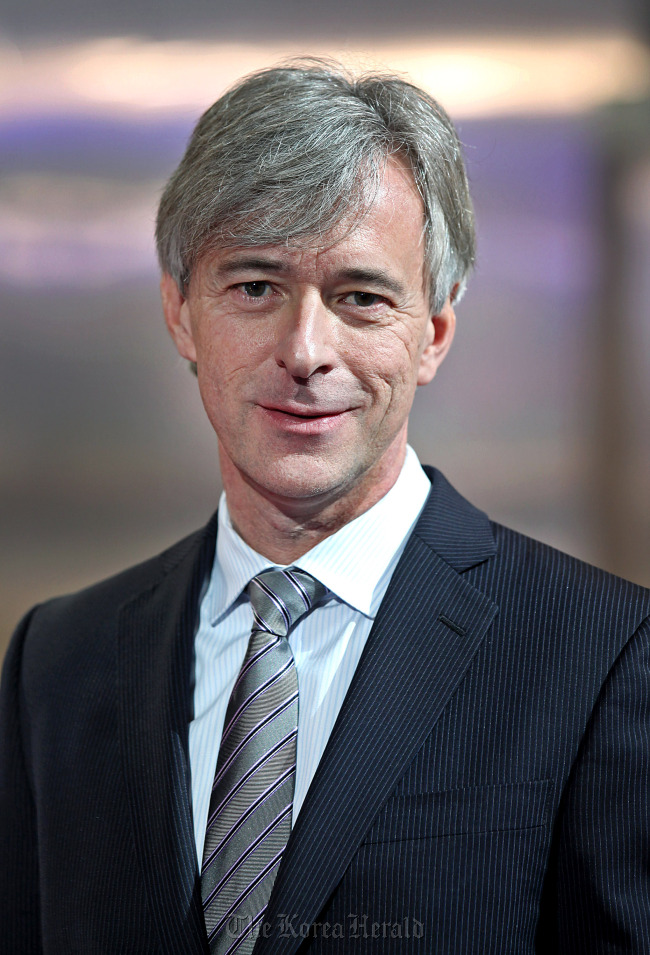 “It’s possible” that Hyundai will make up its share loss in the year’s second half, Krafcik said. The company is on track to sell more than 700,000 vehicles this year. “Depending on how far north of 700, we’d be able to hold total share.”

The Seoul-based company’s U.S. market share fell as its first-half sales increase of 10 percent trailed the industry’s 15 percent gain. Hyundai posted record sales of 356,669 vehicles for the six months and is boosting output later this year at its Alabama assembly plant.

The Montgomery, Alabama, factory will add a third shift in September, increasing capacity there by 20,000 units this year and by about 60,000 on an annual basis, Krafcik said yesterday. The plant currently can build at least 300,000 Sonata sedans and Elantra small cars a year.

Hyundai increased passenger-car sales to retail buyers in the first six months by 17 percent from a year earlier to 267,743, Krafcik said. The brand ranked No. 4 in the industry, passing Ford, whose namesake brand’s retail car deliveries rose by 8.1 percent to 250,718.

Hyundai will likely have its first retail sales of the new Santa Fe in August, Krafcik said. The company is selling the model in five- and seven-passenger versions.

“While they have made huge strides on the car side, they still need to become more competitive in the crossover segments,” Joe Langley, an analyst at LMC Automotive in Troy, Michigan, said in an e-mail. “The tide should begin to turn for them with the launch of the redesigned Santa Fe.”

South Korean union workers at Hyundai and affiliate Kia Motors Corp. last week voted to authorize what would be Hyundai’s first strike since 2008. South Korean plants accounted for 46 percent of Hyundai’s production capacity in 2011, a decrease from 60 percent in 2008 and 93 percent in 2000.

Hyundai Motor’s union, which ended discussions with management June 28, has agreed to resume negotiations with the company on July 18, according to Kim Gi-hyuk, a union spokesman, and an e-mailed response from the company yesterday.

More than 60 percent of Hyundai’s product sold in the U.S. is sourced there, which provides the company some buffer if production is lost in South Korea, Krafcik said.

“We certainly hope it gets resolved well,” he said.

The workers’ authorization vote was a blow to Hyundai and Kia, whose improvement in labor relations helped them increase sales faster than any other major global auto group the past four years. Hyundai estimates strikes from 1987 to 2008 led to lost sales of more than 1 million vehicles valued at 11.6 trillion won ($10 billion).