LG Electronics said that it has won a large order to supply its solar modules in a solar plant project in Yeonggwang, South Jeolla Province.

Korea’s second-largest consumer electronics company joined a consortium led by its affiliate LG CNS, a system integrator, and won a bid launched by Korea Hydro & Nuclear Power to construct a 10.9-megawatt solar power plant. LG CNS will oversee the construction of the plant, which is planned to be completed by October this year.

This marks the country’s biggest solar power project ever to be organized by the subsidiary of Korea Electric Power Corporation, the country’s only electric power distribution company, LG Electronics said. KEPCO fully owns Korea Hydro & Nuclear Power, whose main focus has been building and operating hydro and nuclear power plants.

LG Electronics said that its high-efficient solar panels or modules will be used to provide renewable energy sources to some 4,890 households in the region.

The plant will be able to reduce carbon emissions by up to 5,940 tons on average a year, the company noted. 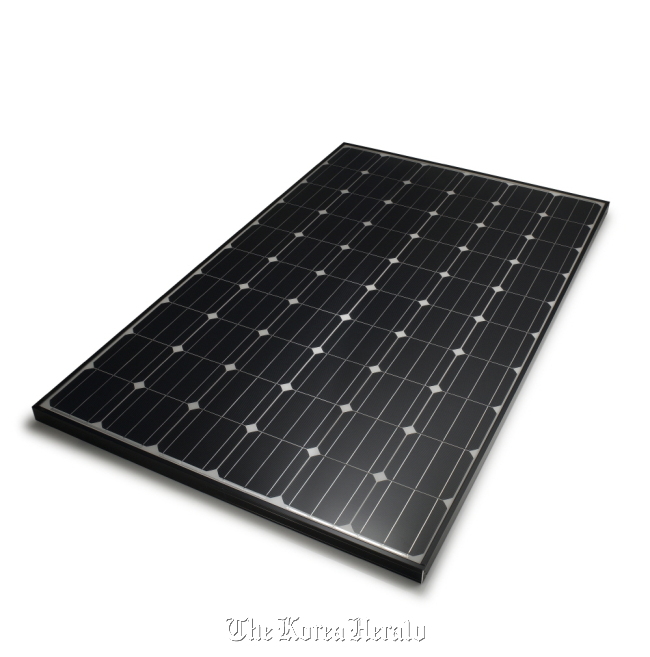 LG Electronics solar module
“The company will work closely with its affiliate to provide the most efficient solar power energy,” said a LG Electronics official.

With this momentum, it will further seek projects to supply not only modules but also solar cells and technical solutions in renewable energy, the official continued.

LG Electronics previously won orders to supply panels in solar projects in Yeosu, where the Expo 2012 is currently being held, and Sejong, the new administrative city in South Chungcheong Province.

The size of the Yeosu project was 2.2MW, while Sejong was 5.55MW, the company said.

It is also engaged in a smart grid project on Jeju Island where the consumer electronics company joined other affiliates such as LG Chem, LG Uplus and LG CNS in a consortium. GS Engineering & Construction, which used to be part of LG Group, is also part of the smart grid project.

Renewable energy, components for electric vehicles and healthcare among others have been chosen as part of LG Group’s new growth engines for green businesses, which seek to contribute 15 percent of the group’s annual consolidated sales.