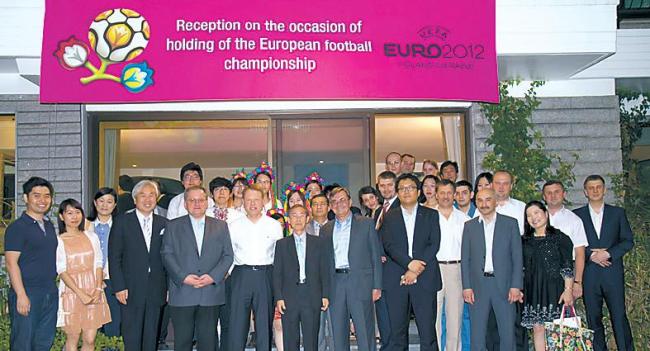 The country is co-hosting the Euro 2012 final along with Poland from June 8-July 1.

“(The) holding of the European Football Championship in Poland and Ukraine is a milestone event not only in terms of sport but also in terms of development of the two countries,” Ukrainian Ambassador Vasyl Marmazov said. “Euro 2012 is a good opportunity to show Ukraine to the world, (with) its rich tourist opportunities, outstanding cultural and historical heritage.”

And the ambassador said that Korea had also been contributing to support the contest.

“The Korean side is actively involved in the preparation of this championship. In particular, Hyundai Motor Company is the one of the official sponsors of Euro 2012. And high-speed trains of Hyundai Rotem carry fans between Ukrainian host cities.”